Apple has a habit of generating a lot of buzz around their product launches. During their most recent event, the markets responded in a very timely fashion. In the annotated graph, you can see how Apple traded in response to real time announcements. Cheaper Apple TV? Good. New Macbooks? Awesome. Apple watch? Sell off. From the intraday high to the market close, Apple lost $17 billion in market cap. That’s the equivalent of 1.7 million Edition watches- at $10 thousand a piece. 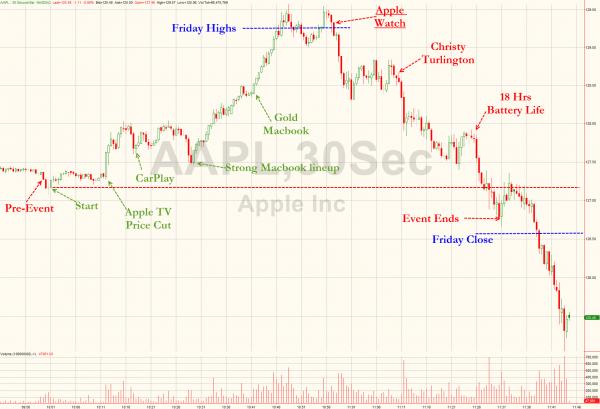