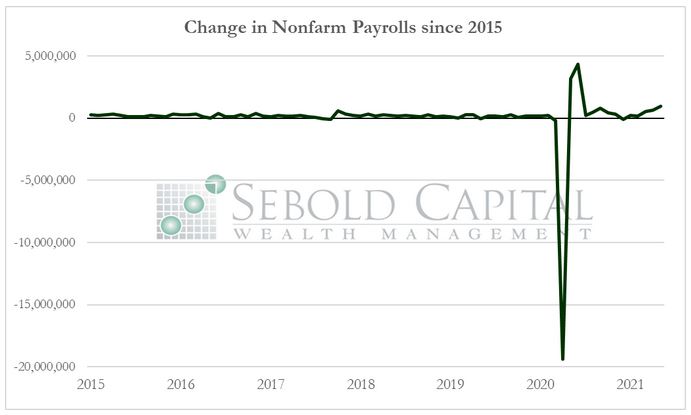 The number of payrolls in the private sector rose for the fifth consecutive as the labor market continues its slow, but seemingly steady, recovery. The number of jobs in the private sector exceeded 129 million prior to the pandemic and its related shutdowns, so there is still some way to go until the labor market can be considered to have made a full recovery. Employment in the leisure and hospitality industry surged last month, with about 440,000 payrolls being added. This industry was the most impacted by the pandemic, and it has only recently been allowed to resume somewhat normal operations.  A number of those new payrolls are likely just laid-off employees returning to work.

Employment in the leisure & hospitality industry still remains considerably below its pre-pandemic level. The two other industries that reported a significant increase in payrolls in May were education/health and transportation/utilities. Most other industries reported only modest gains, with the exception of information services, which reported a slight reduction in employment. 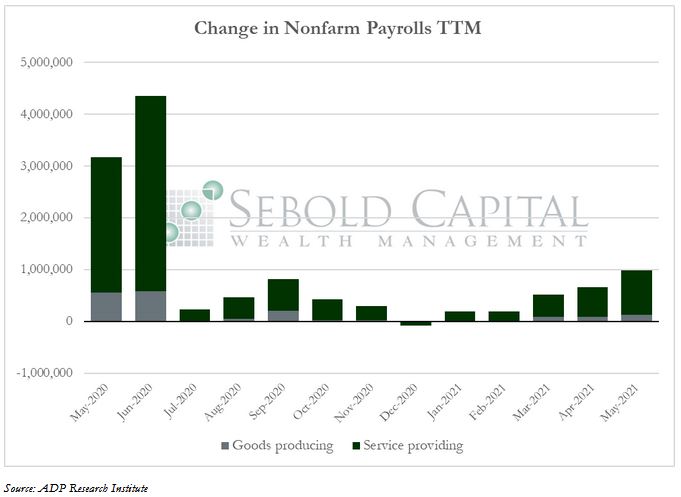