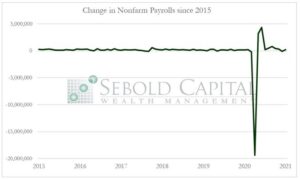 ADP Nonfarm Payrolls is a measure of non-farm private sector employment, which is obtained by utilizing an anonymous subset of roughly 400,000 U.S. businesses, which are clients of ADP. Typically, an increase in employment fuels growth in the American economy, while a decrease in employment slows growth.

In February, private sector employment increased by 117,108 to a total of 119.8 million. Payrolls in goods-producing businesses declined by 13,862 to 20.2 million. However, this decline was offset by a gain of 130,970 payrolls in the service sector, which currently has 99.6 million payrolls. Small businesses added 32,134 payrolls, mid-sized business added 57,159, and large businesses added 27,815.

Payrolls increased for the second consecutive month after a decline in December. As restrictions imposed on businesses at the state and local levels have been rolled back, many employers have been able to bring their workers back or to hire new ones. Some of the industries that had been most impacted by the pandemic, such as leisure and hospitality, added jobs last month. Transportation and utilities, professional and business services, and education and health were the industries that reported the most growth in employment, adding a combined 105,229 jobs. Construction, manufacturing, and information technology all shed a combined 20,562 jobs in February. Overall, labor market conditions appear to be improving. Businesses will likely begin to hire more workers as conditions continue to normalize, which will be beneficial for the economy as a whole. 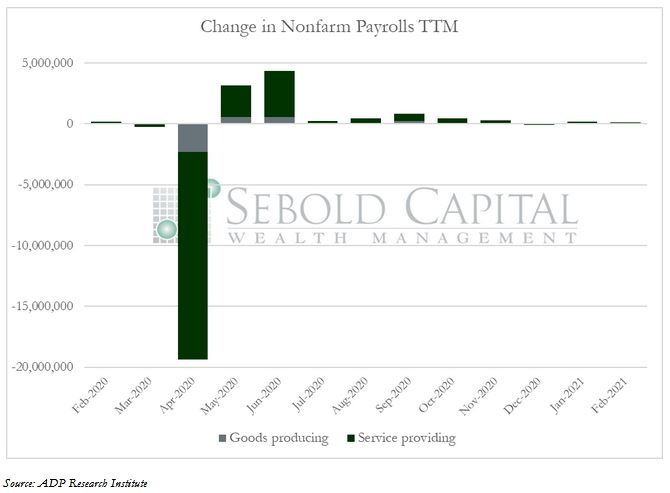