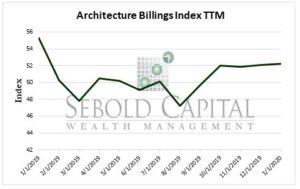 The Architecture Billings Index (ABI) is an indicator of commercial and industrial building activity. The Work-on-the-Boards survey is given to architecture firms each month to report how billing activity performed in the previous month. The ABI is a reliable tool for firms to track architectural movements in the market. Readings above 50 indicate rising levels of construction for non-residential buildings, while readings below 50 indicate contraction.

Architecture billings tend to only have an economic effect 9-12 months after that month’s index is released because of a time lag between planning for construction and starting construction. Therefore, because architecture billings are a leading economic indicator, it would seem to indicate relatively slow growth in the construction sector within the next year; still, the index is volatile and should be considered in conjunction with other economic indicators. It should be noted that it is residential construction, not commercial construction that makes up the majority of the index. Demand and investment seem to be slowing for residential construction as compared to August through October of 2019. This should be seen as a positive sign since we began to see ABI plateau and start to fall, but as of January is now leisurely growing again.

The impacts of the Coronavirus shutdown are clearly not part of this data yet.  It is hard to predict where these data will fall after taking that into consideration. 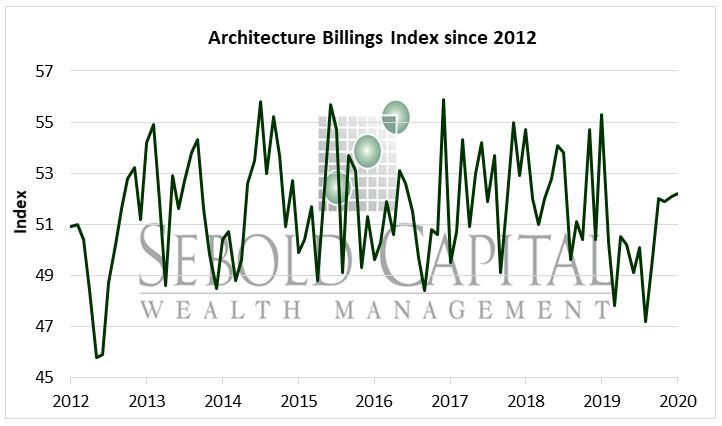