More than half of all cash on the books at corporations is invested in investment grade corporate bonds. The record high comes from the decreased investments in US Treasurys, commercial paper, and CDs. Money market funds are becoming less attractive due to new SEC rules and deposits are tougher on banks due to the banking rules of the Federal Reserve. The traditional paths of parking cash are now becoming lower yielding, less liquid, and more expensive- leading corporations to invest their cash in other corporations’ debt. Companies are more confident the rates of corporate bonds will pay more than traditional deposits or money market funds. As we have discussed before, company balance sheets are in great shape at this point. Corporations have remained wary and conservative since the last recession and have built strong and stable financial positions. Even though there is some added risk by choosing corporate debt over government backed securities, corporations are confident in the yields of highly rated companies outpacing the low rates found in a changing traditional deposit environment. 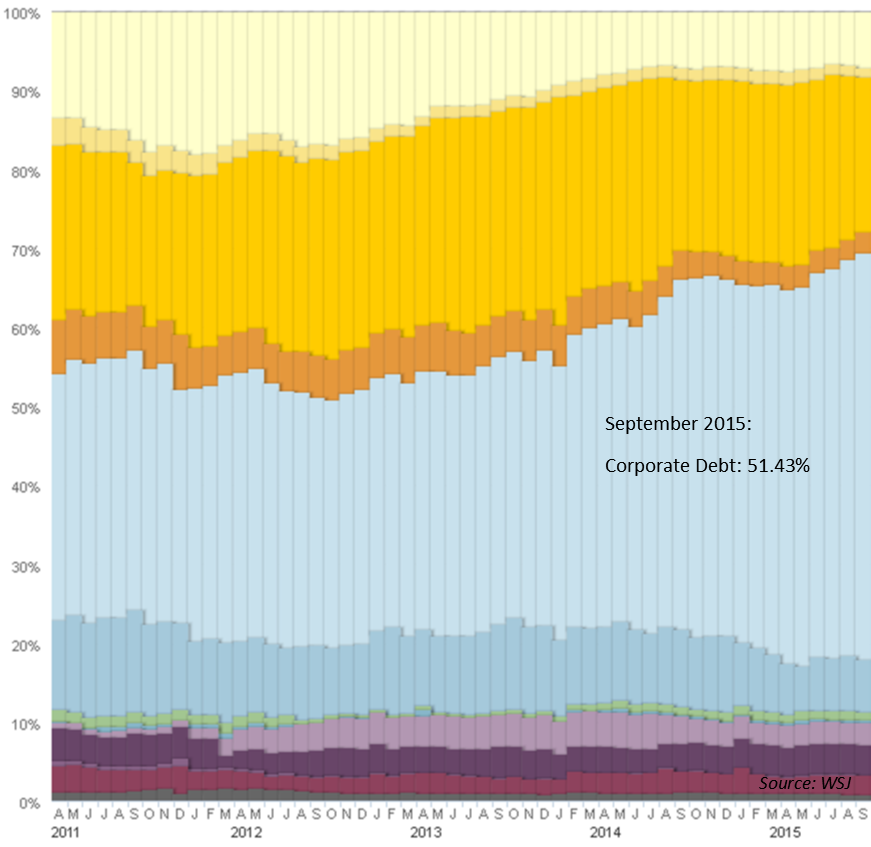