Between 2009 and 2014, 5.5 million people retired in America – the largest number ever seen across a five year period and more than double the five year period preceding it. That’s 5.5 million peak-earners leaving the workforce. The problem with the popular median household income statistic is that it is an aggregate stat based on granular data. Data changes when demographics change. As highly compensated baby boomers retire, median income will decrease unless their wages are fully replaced, something millennials will not have the experience required to do for many years. A regression analysis for the ten years ending in 2014 revealed that a 1% increase in retirees’ share of the population causes a $1,861 decline in median income. Looks like its Grandpa’s fault incomes aren’t going up. 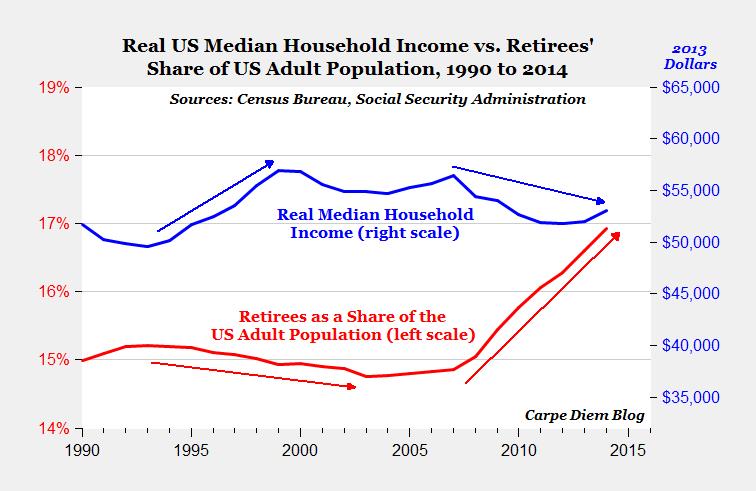