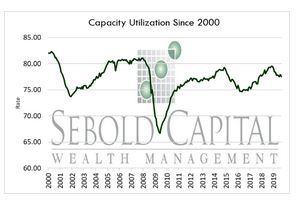 Total capacity utilization measures the percentage of total economic output that is being utilized. It is compiled from physical data from trade and government sources, as well as from survey data from the census when physical data is not available. A high rate of total capacity utilization is an indicator of inflation as an economy nears its maximum level of output. Low capacity utilization makes it difficult to stimulate the economy because incentives for increasing production that the government provides are often unable to reach many producers, this is because of the limited number of producers in the economy in the first place.

The drop in total capacity utilization reflects a slowing US economy, which could be brought about by a slow in business production as many firms look to cut costs now in anticipation of economic slowdown in the next year or so. Despite this, low unemployment and growing YOY retail sales suggest that demand created by consumers will continue to drive the US economy moving forward. 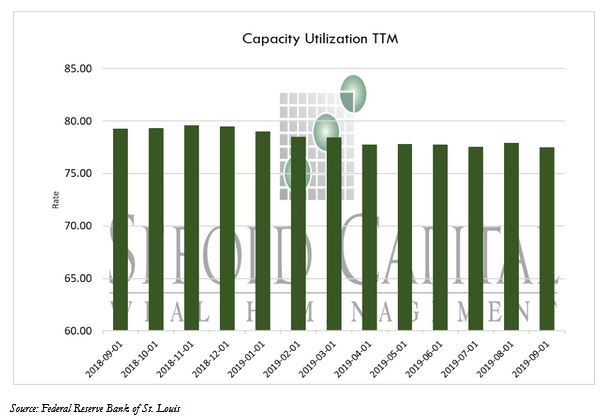