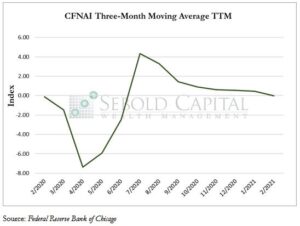 Last month, the economy expanded at a below-average trend for the first time in almost a year. The decline was driven mainly by a slowdown in production-related indicators, which were impacted by the severe winter weather observed throughout February. While employment and sales remained positive, their marginal contributions were not enough to offset the decline in the other categories. Economic growth is expected to accelerate in the upcoming months as the vaccine rollout becomes more widespread and the remaining restrictions on businesses are lifted. The diffusion index fell to 0.17 in February but remains above the -0.35 level that has been traditionally linked to periods of economic expansion. Likewise, the CFNAI’s three-month moving average remains above -0.70, which is another historical indicator of possible economic growth. 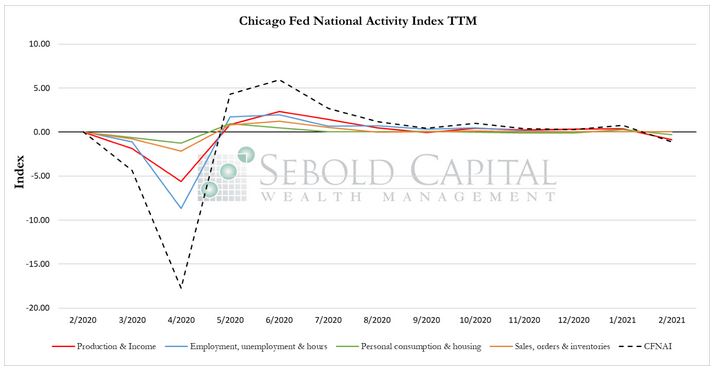