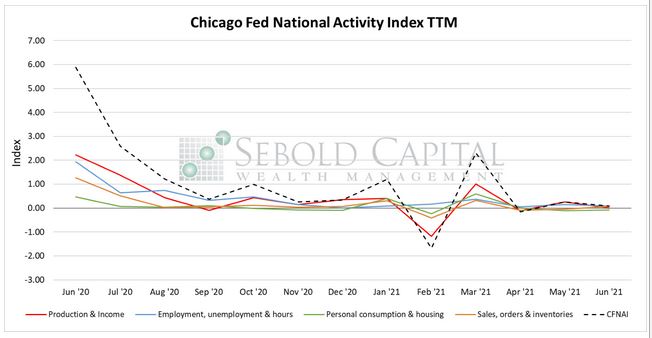 Last month, the CFNAI declined as economic activity in the U.S. lost momentum. The economy is now growing barely above historical trend, as shown by the index. The three-month moving average, however, indicates that the economy remains firmly in expansion territory, as the value remains above -0.70. The CFNAI diffusion index tells a similar story, as its current level of 0.13 remains above the -0.35 reading that has historically been associated with economic growth. The abnormally high rate of economic growth seen over the past few months has been largely a product of the pandemic-related restrictions being lifted and was likely not sustainable in the long run. Barring another lockdown or severe restrictions being reimposed, economic conditions should normalize and return to a growth rate that is consistent with historical trends. 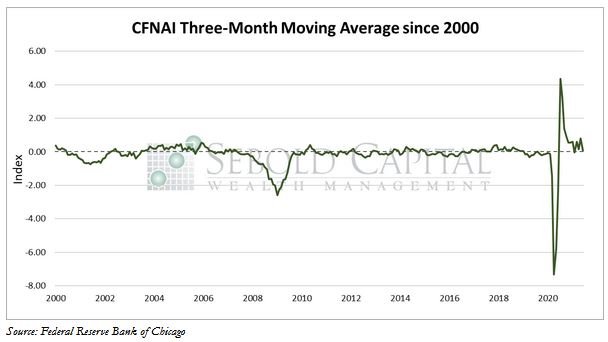