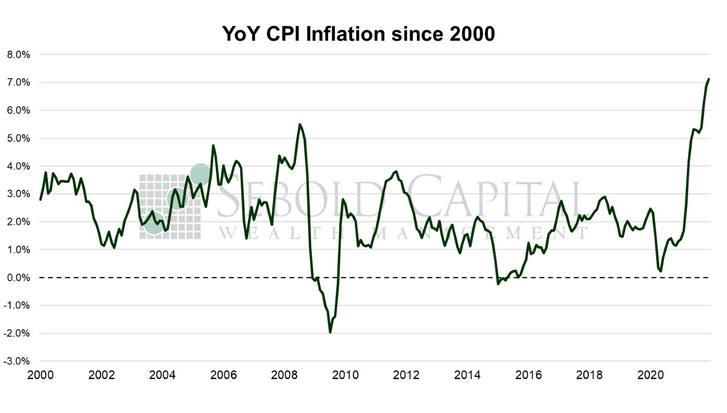 In December, the CPI rose by 0.5% to a level of 280.2, matching market expectations. Year-over-year consumer price inflation soared to 7.1%, its highest level in 40 years. Core CPI—which excludes prices for food and energy and is therefore considered to be less volatile—rose by 0.6% to a level of 284.8. Core inflation surged to 5.5%, the highest since early 1991.

Consumer prices rose at a truly alarming rate in 2021 as an extremely loose monetary policy and a number of supply-side constraints put pressure on the price level. From January to December, the cost of living for US urban consumers rose by 6.9%. Meanwhile, nominal wages only rose 4.6% over the same period, meaning consumers got a pay cut in real terms last year. The main driver of consumer price increases was energy, with costs soaring by 26.4% as prices for gasoline, natural gas, and other fuels reached eye-watering levels. Transportation costs also had a significant impact on the cost of living, rising by 19.6%. Used car prices were particularly notorious by breaking some records in 2021; June saw the single largest monthly price increase for used cars—10.5%—and prices ended up increasing 33.1% for the year. Other categories also saw large price increases last year, such as food and beverages (5.9%), apparel (5.7%), and owners’ equivalent rent (3.7%). Although the latter is arguably a made-up number that no one actually pays, it has been rising over the past few months to reflect the drastic increases in home prices and rents. However, OER still has a very long way to go before it can even come close to reflecting the actual changes in housing costs, so it will likely remain a key driver of the CPI throughout this year.

The Federal Reserve has finally been discussing raising interest rates, as it has become painfully obvious that inflation was actually not transitory after all. Higher rates combined with ending their asset-purchase program (they are currently in the process of tapering) should be enough to tame the highest inflation in 40 years—or at least that is what they tell themselves. In reality, a 0.25% interest rate hike—or whatever they have planned—will do very little to reduce the pressure on the price level that has been building up. Even if the Fed does raise rates three or four times this year, as it is now widely expected, chances are that real rates will remain negative by the end of 2022—which would do little to fight inflation. With real interest rates well below 0%, persistent supply-side constraints, and what looks like the beginning of a wage-price spiral, prices will undoubtedly continue to rise in 2022 likely putting a strain on consumer’s wallets and on overall economic conditions. 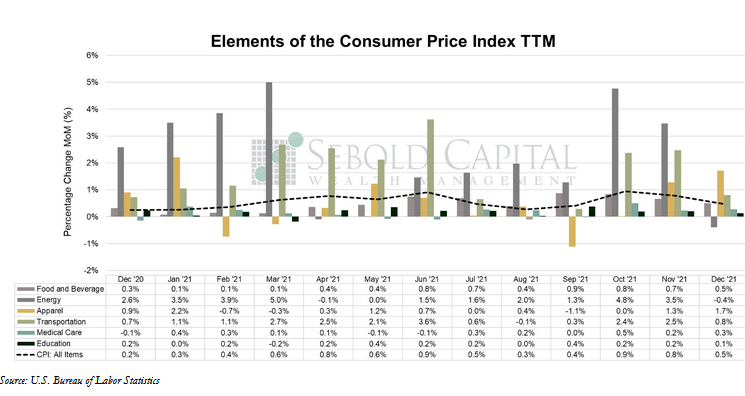