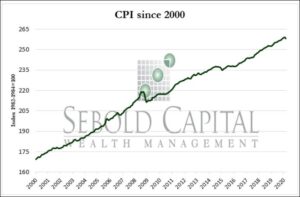 The Consumer Price Index has fallen by -0.42% in March, after rising by 0.9% in February. Core CPI, which excludes food and energy, fell by -0.1%. The CPI “all items index” increased 1.52% before seasonal adjustment. This represents an average monthly annualized growth rate of -0.05% over the past 12 months, weighted heavily from growing declines occurring within the past three months.

This decline in CPI is the largest since January of 2015. The indices for energy, transportation, and apparel were the main causes of the decrease in the adjusted “all Items” index, each declining by -5.8%, -2.9%, and -2.0%. The CPI for medical care, food and beverage, and education have all had generally positive continual influxes within the past 12 months. Medical care increased in February by 0.1% and then in March by 0.4%. Food & beverage has had an average month-to-month growth rate of 0.4% within the past year. Education has increased at a steady rate each month by 0.2%-0.3%. The average hourly earnings of all employees have increased by 3.1% from $27.80 in March of 2019 to $28.60 in 2020, while the inflation rate has decreased to 1.54% from 2.33% in the preceding month. The lower inflation rate reflects the slower raising CPI values and growing disposable income and is generally seen as a good sign, however, due to current predicaments and the COVID-19 outbreak it is more likely that these slowing rates are a result of decreasing demand as well as the effects of international affairs such as the Oil Price War.  This is reflected in lower oil prices as a result of the influx in supply, and another 0.2% decline in final demand according to the Producer Price Index (PPI). 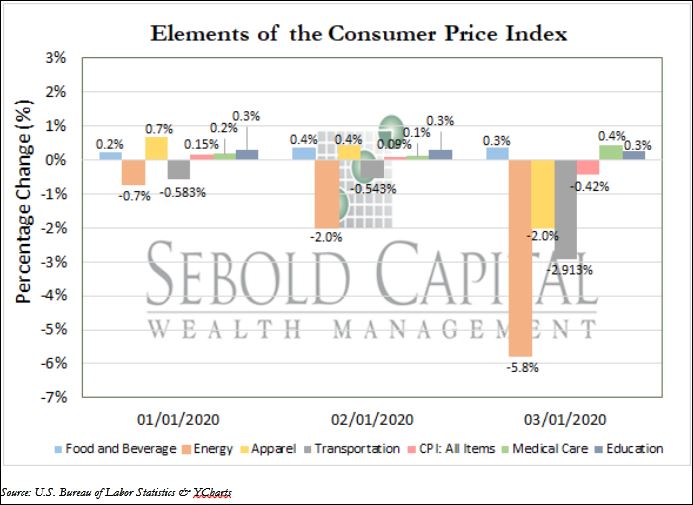