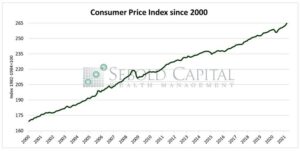 In May, the CPI rose by 0.6% to a level of 268.8. Year-over-year inflation soared to its highest level since mid-2008, rising to 5.0% from 4.2%. Core CPI—which excludes prices for food and energy and is therefore considered to be less volatile—surged to a level of 275.7, which puts year-over-year core inflation at 3.8%

Last month, consumer prices rose once again as they faced upward pressure from increased consumer demand, ongoing supply chain constraints, and a money supply that continues to expand at an unprecedented rate. Transportation costs increased at the fastest rate in May, with prices for used cars and trucks rising by 7.3%. Automakers continue to be impacted by the semiconductor shortage, which has reduced production at factories and taken a toll on dealership inventories. Transportation costs in general rose by 2.1% from the previous month and have soared by 19.7% over the past year. Nearly every other component of the basket rose in May, with the exception medical care and energy costs, which had nearly imperceptible declines. However, both indexes remain above pre-pandemic levels. Energy costs are the at their highest levels since 2014 and they have surged by 27.8% over the past twelve months.

While the Fed continues to insist that these inflationary pressures on prices are merely transitory, there are many indicators that suggest otherwise. M1 Money Stock, which includes very liquid forms of money like cash and checking accounts, has grown by 370.7% since the start of the pandemic. Both consumer and producer prices have increased at their fastest rate in well over a decade. Wage growth has blown past most forecasts in the last two jobs reports. Several companies, faced with higher input costs, have been forced to raise prices. All of these factors, as well as several others, continue to cast doubt on the whole “it’s transitory” narrative. Unless the Fed finally admits that there is a problem and decides to raise interest rates, prices will likely keep rising for the foreseeable future. 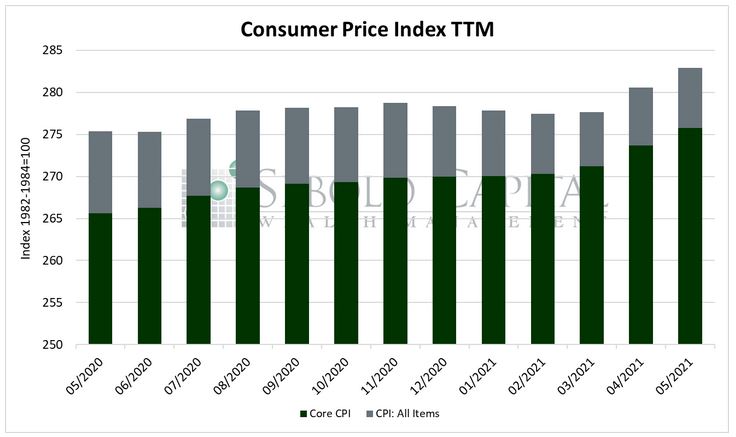 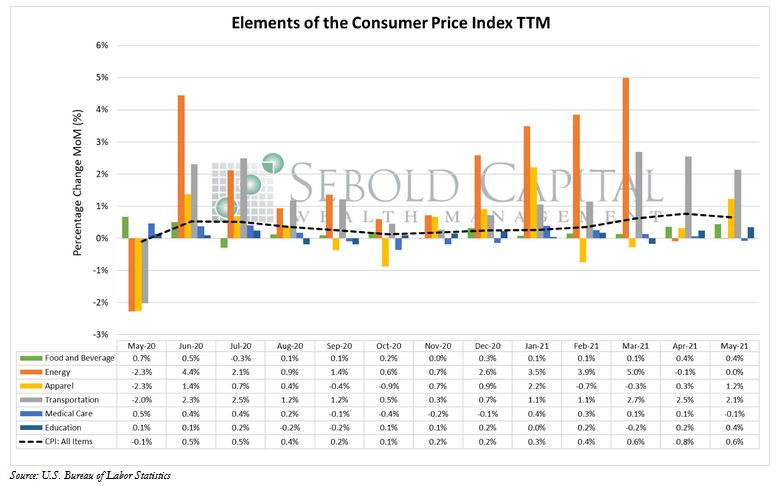