The Consumer Price Index (CPI) tells us of any inflationary pressures in the economy.  The CPI measures the average price levels of a basket of goods and services purchased by consumers.  The index starts with a base time period (1982-1984, currently) and shows the overall increase since that time.  As with many economic indicators, it can be volatile from month to month with food and energy prices often leading the volatility.

The indices for energy and apparel have had the largest volatility in the past twelve months ranging from -3.2% to 2.8% and -1.7% to 0% (0.3%). The CPI for medical care, transportation, and education have all had recent influxes within the past 12 months. Medical care increased in August by 0.5% and then in September by 0.6%. Education has increased at a steady rate each month by 0.2%-0.3%. Transportation had an average growth rate of 1% between February and March but has primarily been declining at an average rate of around 0.42% each month since May of 2019. The Fed has a current inflation target of 2%, but over the past twelve months, inflation has risen to 2.5%. The Federal Open Market Committee has maintained the Fed Funds rate at a range between 1.5% and 1.75% after previously cutting them in their October meeting to increase the money supply and encourage consumer spending. 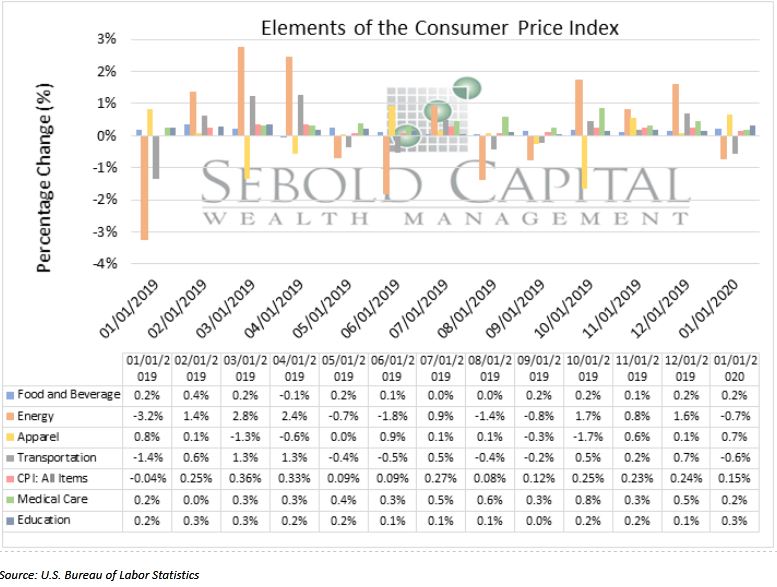