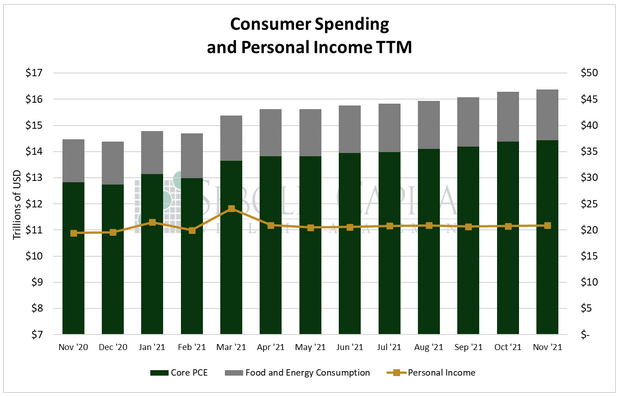 Consumer spending rose at a considerably slower pace last month compared to a large advance in October. In fact, after adjusting for inflation consumption increased by a mere 0.03%, yet another sign that consumers are feeling the sting of higher prices. The PCE price index rose by 0.6% in November, and prices have risen at an annual rate of 5.7%. This is the highest PCE inflation reading since 1982, and if the index is annualized, prices are on track to surge 6.3% in 2021. Core prices have also increased considerably, rising 0.5% last month and 4.7% on a year-over-year basis. That’s more than double the Fed’s stated target, but that’s not news to anyone at this point.

Another contributing factor to the decline in consumer spending is the persistent supply chain crisis; even if consumers are willing and able to pay higher prices for goods and services, it becomes nearly impossible for them to spend if there is nothing to buy. Consumers have been warned repeatedly about these disruptions, so there is a slight chance some decided to get their Christmas shopping done early, contributing to October’s strong spending numbers. However, that remains unclear. Last month’s PCE report showed consumers are spending more on essentials as prices continue to increase. Spending on housing, food, utilities, and fuel rose at a faster rate in November compared to other categories. Likewise, savings declined last month, with real disposable income falling by 0.2% and the personal savings rate hitting 6.9%—the lowest since late 2017. Consumers seem to be in a less favorable position to face the rapidly increasing prices, meaning consumption could take a significant hit in the near future. 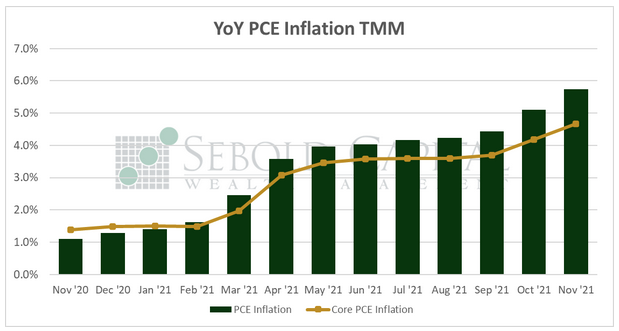 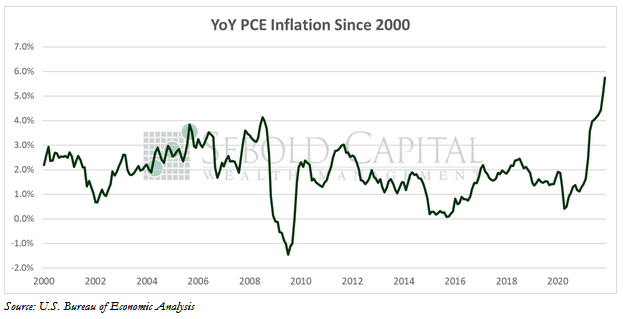