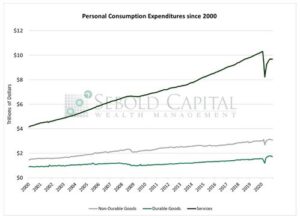 Personal consumption declined for the second month in a row as a surge in COVID-19 cases led to some states imposing tougher restrictions on businesses, forcing many to operate at an even lower capacity or to shut down entirely. Despite the dip in consumption, personal income managed to beat the expected 0.1% increase for the month, Income has risen by 4.08% since 2019, mostly as a result of fiscal stimulus and expanded unemployment insurance benefits from the federal government. The personal savings rate also increased in December and currently sits at 13.7%, up 0.8% from the previous month, and it reflects the lack of opportunity for many consumers to spend their earnings. As the restrictions on businesses continue to be eased, pent up demand could help boost consumption and drive economic growth throughout the year. 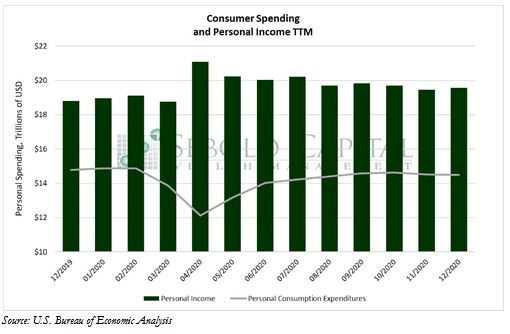