The discrepancy in monthly change between PCE and core PCE could have to do with decreasing costs of oil since its recent high of $63.86 per-barrel in April 2019. Because of this, consumers are able to spend less on necessities such as energy and put it towards other, less necessary goods. Another factor contributing to strong personal consumption is rising real disposable income, or income that can be used to purchase things that consumers want but do not need. Strong consumer spending and rising income levels indicate consumers have confidence in continued economic strength. 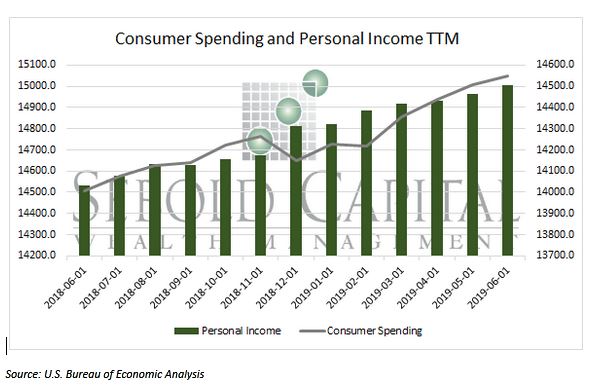