In 2014, there was a boom of what is called ‘Crowdfunding’. Using the power of the masses, individuals and start-ups harness the power of small donations in big quantities. When sites like Kickstarter began, there were questions and concerns. Why would people donate money to fund projects on the internet? How will it affect venture capitals? Then the idea took off. These funding sources became a savior for small start-ups looking for funding, musicians trying to produce or distribute an album; inventors creating new or improved products, the list goes on. In total, Kickstarter alone raised $530 million dollars in 2014, helping 22,252 projects reach their funding goal.

3.3 million People around the world backed a project in 2014 at an average rate of $160 per person. As it turns out, this sort of website, and the idea of crowdfunding hasn’t hurt venture capitals at all. In fact, it has become an asset. These sites allow small ideas to gain traction, earn enough money to get started, and best of all- gauge public interest in their product, all without losing equity. Even the everyman benefits: projects offer incentives at increasing rates. The larger the donation, the better the perk- from an early release to a signed t-shirt. 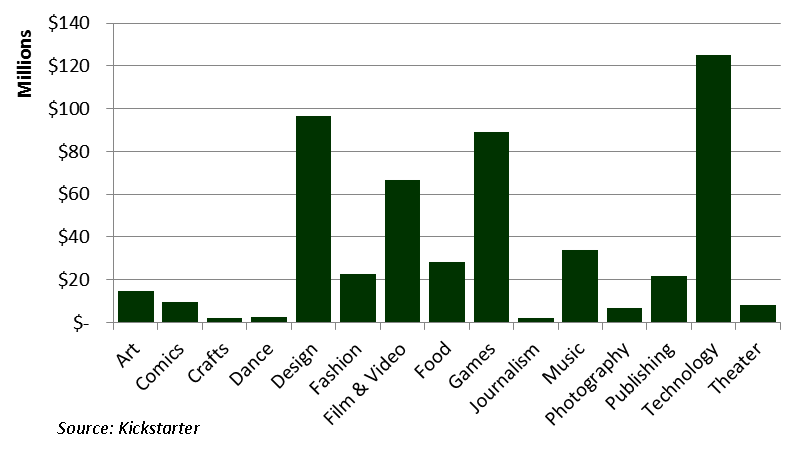