Singapore is an Asian country with twice the population of Chicago. The country has one of the highest GDP Per Capita measurements in the world, higher than the United States. With greater production per person tied to a smaller and more manageable sized population, Singapore is able to get the best bang for their health care buck. They rank number one when comparing life expectancy to health care costs as a percentage of GDP. It should be noted, however, that the difference may not rest solely, or even mostly, on population numbers and production. Instead, consider the cultural differences of the United States and Singapore.

Being an urban country, inhabitants walk or ride their bicycle most places, their cuisine is significantly healthier and served in smaller portions, and their climate allows for year-round activities outside. So while it may be true that they spend less on Health Care while also living longer, it could be argued that they also tend to live healthier lifestyles. 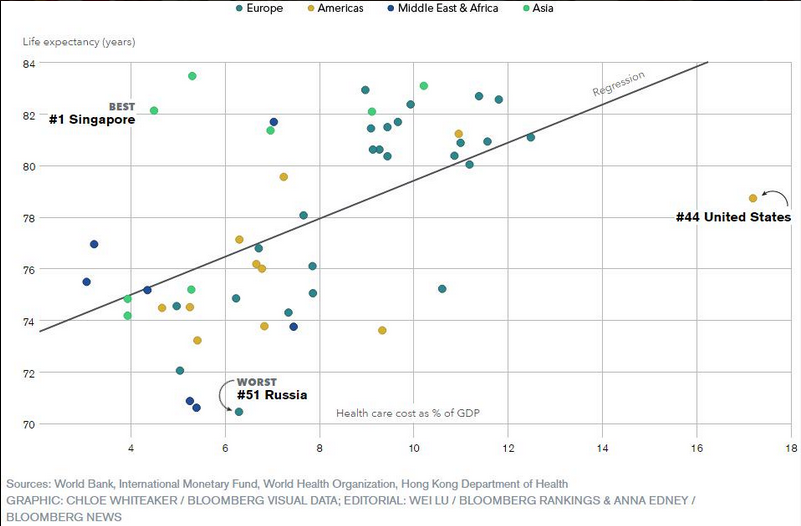