So your son is a superstar soccer player, what can you do to help him? Teach him Spanish. Or French. Or German. When comparing the average annual salaries of players on 333 teams playing seven sports around the world, eight of the top ten are soccer clubs, four are located in countries that speak a language other than English. Soccer players rarely make a decent living in the United States, save a few stand outs from the US National Team.

For comparison, we have added the highest salaried team from the MLS, America’s top soccer league, in gray. Toronto FC, not even located in America, ranks 204th on the list. The LA Dodgers pay their players 73% more than the collective MLS, and they are fifth on the highest paid sports team list. Number one, Paris Saint-Germain, a soccer club in France, has an average salary five times the Dallas Cowboys. 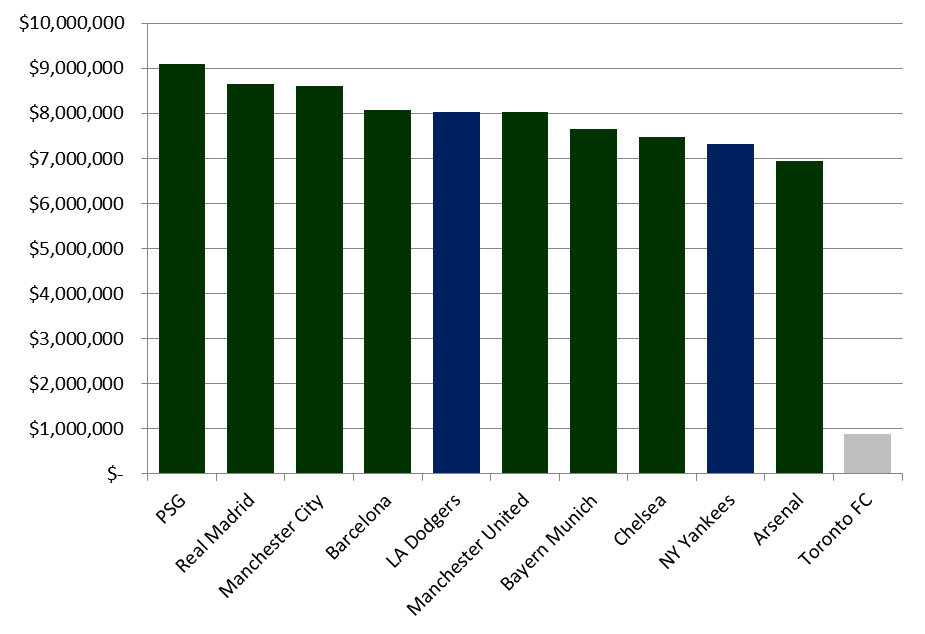