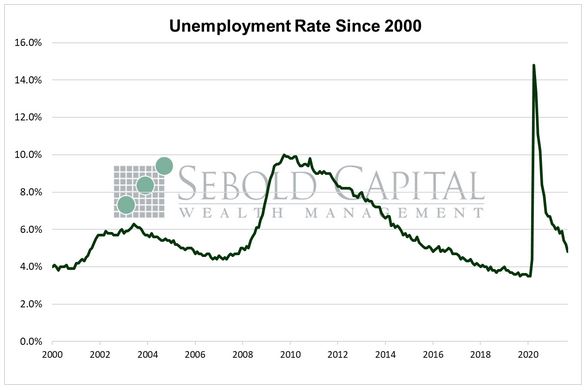 Payroll growth continued to stall last month, missing expectations of a 500,000 advance and posting the smallest gain since December 2020. The sharp miss was partly due to a 123,000 decline in government payrolls, which offset a 317,000 gain in private payrolls—although the latter also came in well below expectations. Most industries reported modest gains, including leisure and hospitality, retail, and manufacturing. The decline in public-sector jobs was mainly due to schools and the seasonal adjustment that is made for them.

The unemployment rate declined below 5% for the first time since the pandemic started. However, this feels like less of a milestone given the main factor behind the decline which, as the payroll numbers show, was not exactly more hiring. Labor force participation declined last month, meaning that more people left the workforce and are no longer looking for employment. In order to be counted as unemployed by the official statistics, an individual must be actively looking for a job. If that is not the case, he or she is not considered unemployed by the BLS and therefore not included in the calculation of the unemployment rate. A declining labor force is a sign that returning to a pre-pandemic labor market might be very much out of reach.

While the enhanced unemployment benefits expired at a nationwide level last month, it appears that the government has simply traded one disincentive to work for another. Monthly checks for the expanded child tax credit started going out in July, and unlike in previous years, it is fully refundable and no longer credited against earned income. That means someone with no income, and therefore no job, can receive the full $3,600 allowance for children under six and $3,000 for ages six through seventeen—paid in nice monthly installments by Treasury checks. Economists at the University of Chicago recently looked at the impact of the credit on the incentive to work. (https://bfi.uchicago.edu/working-paper/2021-115/) They found that about 1.5 million workers could exit the labor force as a result of the policy, throwing the timeline for a full labor market recovery further into question. 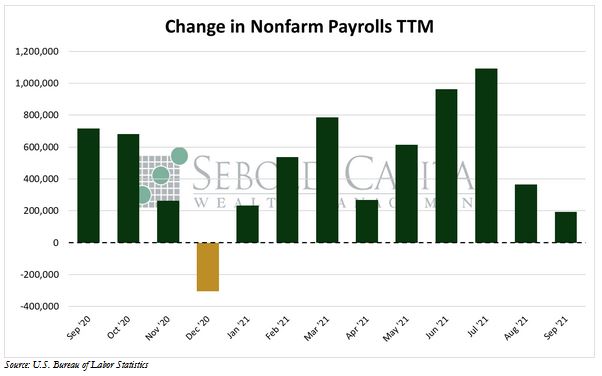