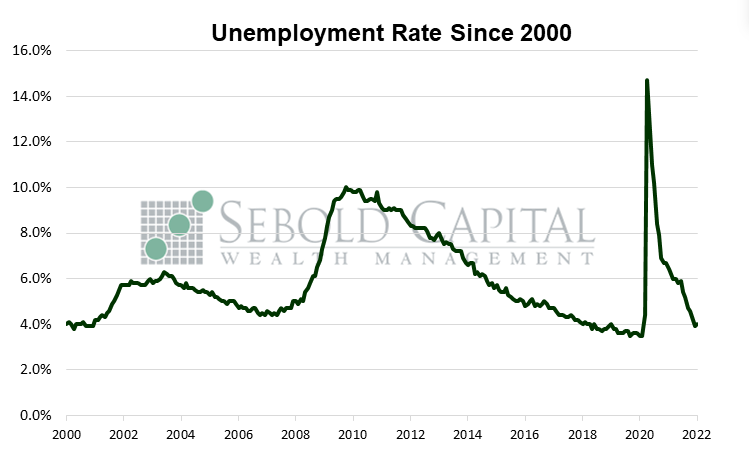 Hiring picked up last month, seemingly defying expectations of a slowdown this winter. It appears that the BLS may have finally figured out how to adjust employment numbers for seasonality again, as data for every single month of 2021 was revised. November and December saw some particularly large revisions, with 709,000 additional jobs being added on top of the original estimate. Some months, however, were downwardly revised; June and July lost 807,000 jobs from their original estimate between the two. Altogether, the revisions yielded a net gain of an additional 153,000 jobs for 2021, bringing the monthly nonfarm payroll releases much closer to their original market forecasts. Coincidentally—or perhaps not—most of these revised gains occurred in the latter half of the year, after the enhanced unemployment benefits had expired at a nationwide level. However, the government report is once again at odds with the private sector’s findings; the ADP employment report showed that hiring declined by 301,000 last month, so perhaps there are more revisions to come.

There was another positive development in the labor market in January; labor force participation saw its first meaningful increase in months, with 1.3 million people entering the work force. The unemployment rate did increase as a side effect, since more people were likely now being counted as unemployed by the BLS. The change in labor force participation will go a long way in alleviating the ongoing labor shortage. Now the labor force is merely 0.5% smaller than what it was prior to the pandemic and the measures that were supposed to contain it. A couple of months ago, there was a paper published from the Becker Friedman Institute at the University of Chicago that explored the effects of the expanded Child Tax Credit that ran through most of 2021. The paper found that as many as 1.5 million workers could exit the work force as a result of the program, especially if it was made permanent as some proposed. The program ended up expiring at the end of last year, and 1.3 million people entered the labor force in January; one can only wonder if that was also just a big coincidence.

Overall, the latest release of the Employment Situation paints the picture of a much stronger labor market than many were expecting. That is a positive sign at a time when prospects of economic growth in 2022 are to some extent up in the air. However, given the extent to which it has been revised, it would be wise to wait before drawing any significant conclusions form last month’s report, since it could look radically different one or several months from now. 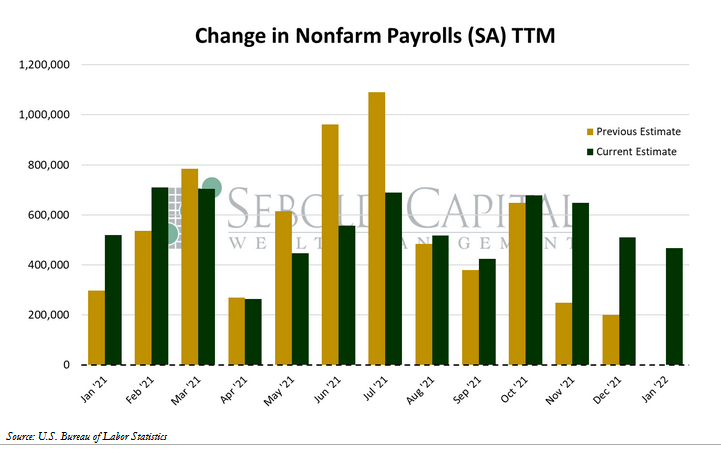