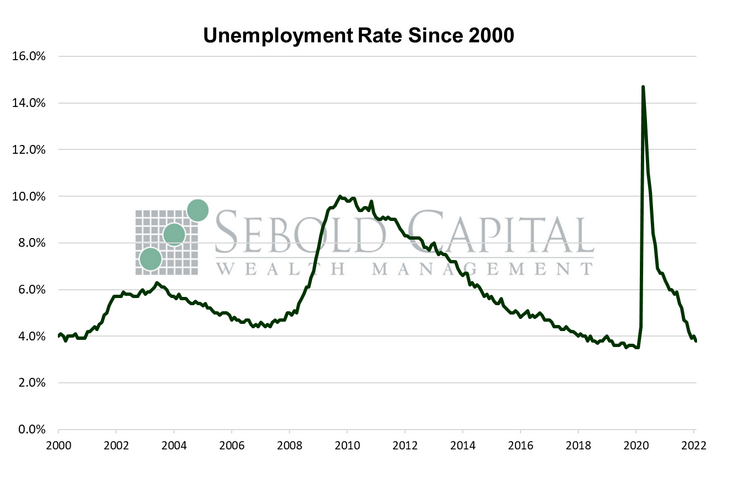 In February, U.S. employment rose by 687,000 on a seasonally adjusted basis, beating market expectations of a 400,000 advance by a wide margin. The headline unemployment rate declined from 4.0% to 3.8%, marking the second time it has had a 3-handle since the start of the pandemic. The average workweek increased from 34.6 to 34.7 hours. Average weekly earnings rose by $3.51 hours to $1,095.83, while average hourly earnings remained virtually unchanged at $31.58. The labor force participation rose to 62.3%, up by 0.2% from the previous month. However, it remains below its pre-pandemic level of 63.4%.

Labor market conditions continued to improve last month as hiring picked up, with the U.S. economy posting the strongest job gains in seven months. The unemployment rate declined below 4.0% once again after an increase in January, with the decline being attributable to both a drop in the unemployment level and an increase in labor force participation. However, the unemployment rate still remains above pre-pandemic levels. As with previous months, most of the hiring occurred in the leisure and hospitality industry, which added about 179,000 jobs. Other industries showed modest to robust gains last month as well, including construction, healthcare, manufacturing, and retail trade. However, wage growth showed signs of moderating, perhaps serving as a sign that the labor shortage is starting to ease. While that is generally not regarded as a positive sign for the economy, less pressure on wages may ultimately translate to less pressure on prices; lower input costs are exactly what firms, and the economy as a whole, needs right now.

The apparent strength of the labor market seems to clear the way for the Federal Reserve to begin tightening monetary policy. A robust labor market provides one less excuse for the Fed to delay bringing interest rates back up to normal levels. While the terminal rate remains a mystery for now, it is essentially now a certainty that the first hike will happen during this month’s Fed meeting. So long as a quarter-point rate hike does not take the air out of the labor market recovery, we should hopefully see a few more interest rate increases throughout the year—nearly every measure of inflation points to the fact that we need them. 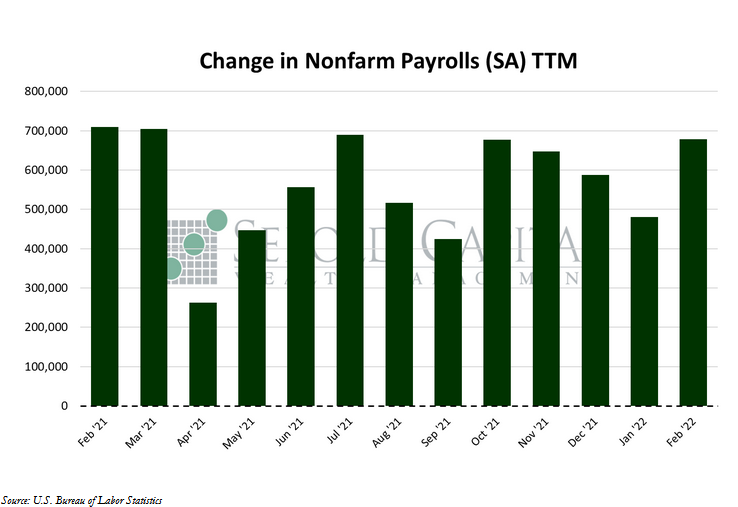