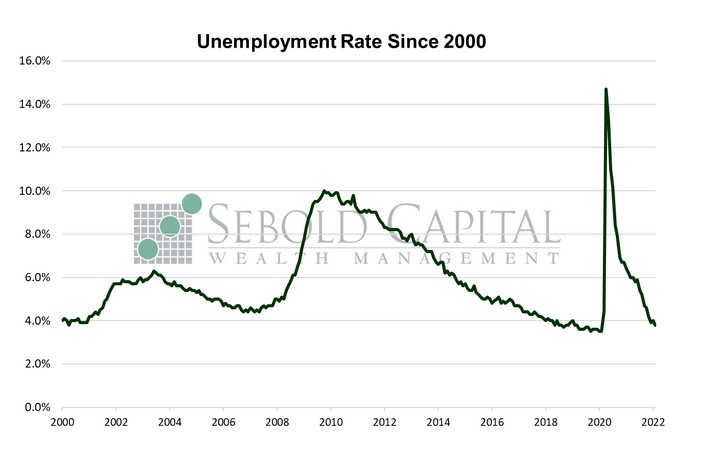 The Employment Situation is a report by the Bureau of Labor Statistics that gives a look at employment outlook of the US economy. The report does not include those employed in agriculture because of the seasonal nature of their work. This report obtains these numbers from 142,000 businesses and government agencies to track the new jobs added in non-farming sectors of the economy.

In March, U.S. employment rose by 431,000 on a seasonally adjusted basis, coming in slightly below market expectations of a 490,000 advance. However, when accounting for the significant revisions to February’s data (the number was revised from (687,000 to 750,000), the net change in employment actually managed to beat expectations. The headline unemployment rate declined from 3.8% to 3.6%—its lowest value since pre-pandemic levels. The average workweek declined from 34.7 hours to 34.6. Average weekly earnings rose by $1.34 to $1,097.86, while average hourly earnings rose by $0.13 to $31.73. The labor force participation rose to 62.4%, up by 0.16% from the previous month. 418,000 people entered the workforce last month. However, labor force participation remains below its pre-pandemic level of 63.4%.

Labor market conditions continued to improve last month, although the month-over-month gain was just over half of February’s number. Job gains last month were also surprisingly consistent with the ADP Employment Report, which showed a 455,000 advance. Restaurants, manufacturers, and retailers posted strong hiring, continuing to recover the workers they lost during the covid lockdowns. While employment in the leisure & hospitality and manufacturing industries still remains slightly below pre-pandemic levels, employment in retail stores has actually surpassed them. We continue to see the labor market benefit from ending some of the government programs that were enacted during the pandemic, such as enhanced unemployment benefits and an expanded (and fully refundable) Child Tax Credit. For instance, over 2.1 million people have entered the labor force since the latter ended on December 31st. Now the workforce is only 174,000 people short from its March 2020 level, a big improvement from December’s number, which showed we were missing nearly 2.3 million workers.

Low unemployment has lifted wages for many workers; average hourly earnings have risen by 5.6% on an annual basis. However, these numbers pale in comparison to inflation, which has given most workers a pay cut in real terms. The latest inflation red flag was the PCE price index, which was released just the day prior to the jobs report. PCE inflation rose to 6.4% in February, unsurprisingly hitting yet another 40-year peak. Annual CPI inflation in February was 7.9%, putting workers even more in the red. It is unlikely that March’s numbers will look any better. On a similar note, the Federal Reserve has started the process of raising interest rates, with as many as six additional hikes expected throughout the year—although the likelihood of that many hikes remains to be seen. While the Fed remains adamant that raising interest rates should have no impact on employment conditions, economic theory would suggest the opposite. We are about to find out just how resilient this labor market supposedly is. 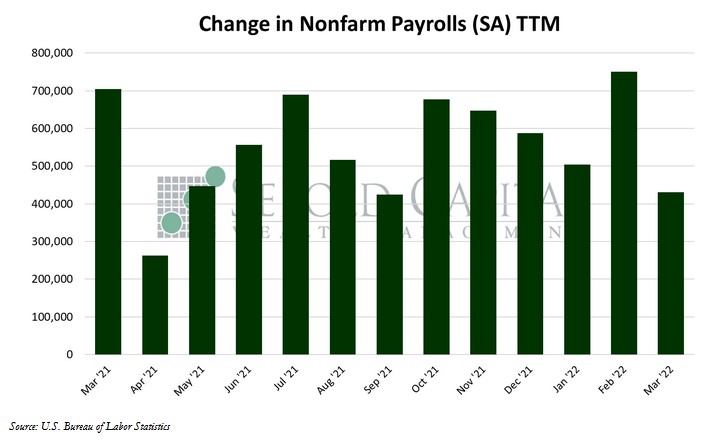