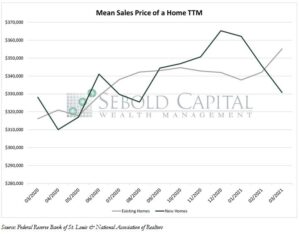 Home sales showed mixed results last month as housing supply failed to meet consumer’s demand for homes. Home prices have surged 17.2% over the past year, partly as a result of this lack of supply. While housing inventory rose slightly in March, it remains at historically low levels as construction slowly picks back up. Both housing starts and building permits rose last month, suggesting that this supply and demand imbalance could be curtailed in the near future. Likewise, as mortgage rates inevitably continue to rise, demand will likely decrease allowing supply to catch up and prices to even out.