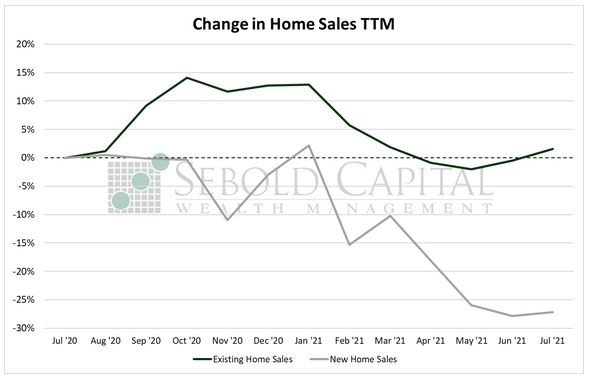 New home sales were rather mixed last month, despite posting a net gain. On a regional basis, sales of newly built homes declined in two of the four major census regions. Sales plunged in the Northeast, where they fell by 24.1% and in the Midwest, declining by 20.2%. However, sales rose by 14.4% in the West, and they posted a modest gain of 1.3% in the South. On the other hand, existing home sales were more consistent in July. Sales of existing homes posted gains in all four census regions, rising by 4.0% in the Midwest, 3.8% in the West, 1.8% in the South, and 1.6% in the Northeast.

The housing market appears to be showing some early signs that it is cooling off, although plenty of imbalances remain. High prices and a lack of supply have been discouraging potential buyers for several months now. Rising material costs have made it challenging for developers to build enough new homes to alleviate the shortage and has driven up the price of whatever homes are being built. This lack of available homes and the ever-soaring costs have dampened housing demand. While sales rose in July, the pending home sales index declined for the second consecutive month, falling by 8.5% to its lowest level since April. If home prices remain at this level, housing demand will continue to stagnate, which may discourage homebuilders from starting new constructions. However, until housing supply returns to normal levels, prices are unlikely to come down—meaning the housing market might be headed for an impasse. 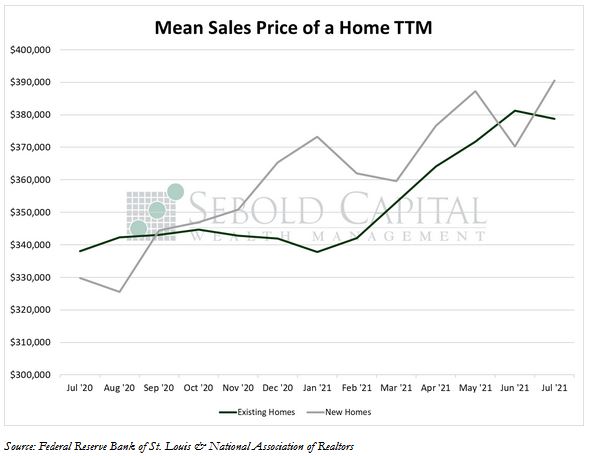