As of March 1st, Federal Funds were 1.6%, a decrease from last year’s rate of 2.4%. The Federal Funds Rate has also further decreased as of March 4th to 1.1%.
Despite climbing interest rates over the past year, the Federal Reserve decided after their March 3rd meeting to lower the Federal Funds rate by .25%; hinting at possibly another .25% rate to stimulate the US economy if begins to show signs of weakness. There was an additional emergency cut on March 16th by 1%, reducing rate to a range of 0-0.25%, historically low rates, as an attempt to stimulate the economy as the COVID-19 outbreak has caused a major economic slowdown. 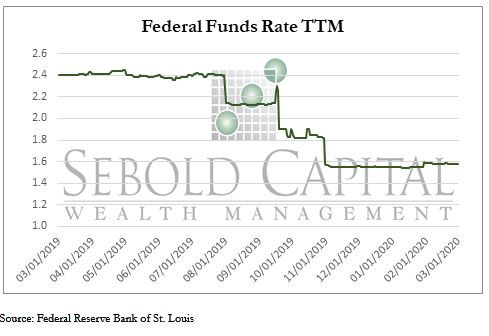