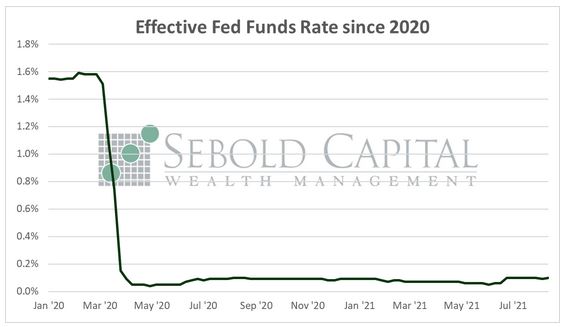 Last Wednesday, the minutes of the last Federal Open Market Committee (FOMC), held in late July, were released. After a year of some of most dovish monetary policies in the Federal Reserve’s history, members of the FOMC finally indicated they were on track to begin scaling back their gargantuan asset-purchase program later this year. The program, which was established at the start of the pandemic in order to provide additional liquidity, has been purchasing roughly $120 billion of Treasury and mortgage securities every month and has essentially doubled the size of the central bank’s balance sheet.

Participants noted that substantial economic progress had been made, allowing most of them to support the decision to scale back asset purchases in the near future. However, the FOMC still has no intention of raising interest rates any time soon. While officials have been forced to admit that inflationary pressures have been broader and stronger than they had expected, the extent to which prices have risen still does not merit a rate hike in their view. The Fed remains more focused on the labor market than on price stability, even if every measure of inflation is running considerably above target.

However, the labor market is arguably in a much better position than it was even at the beginning of the year. The number of initial unemployment claims has more than halved since January, and the number of continued unemployment claims has declined by 45.3%. The number of job vacancies continues to reach record highs month after month. The unemployment rate has declined from a high of 14.8% in early 2020 to 5.4%—a number that was once considered to be essentially full employment. If the Fed is expecting to return to a 3.5% unemployment rate, they are likely in for an unpleasant surprise. There is plenty of remaining slack in the labor market, but ironically, easy monetary policies might be contributing to it more than it might solve it. Three rounds of stimulus checks and overly generous unemployment benefits (paid for by the government and monetized by the Fed) have decidedly kept many people from returning to work, while a 1.6% decline in the labor force participation rate suggests that getting back to pre-pandemic unemployment levels might be next to impossible.

Occupied trying to nurse the labor market back to health, the Fed has completely ignored the other part of its dual mandate. Inflation has surged by nearly every measure to levels unseen in at least a decade, and the meaning of the word “transitory” has been seriously put into question. The Fed has blamed the rise in prices on pandemic-related shortages and increased demand related to the economy reopening—while downplaying the nearly $4 trillion it has conjured out of thin air and pumped into the economy that may have had something to do with the surge in demand. Even if the Fed slows down the rate at which it purchases assets, that will do very little to fight inflation. Interest rates, the main tool the Fed uses to fight inflation, remain firmly at 0%. Likewise, its $8.26 trillion balance sheet is not transitory, as shrinking the balance sheet is not something that even appears to be on the table.

While it is certainly a step in the right direction, tapering (when the Fed eventually gets around to actually doing it) will do little to fight inflation. The markets might throw a tantrum, but it is unlikely to have any effect on the prices that consumers and producers pay for goods and services. 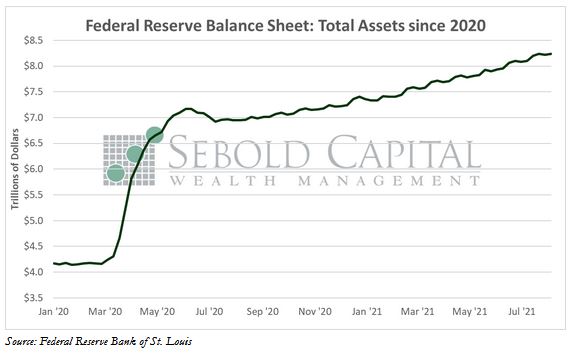