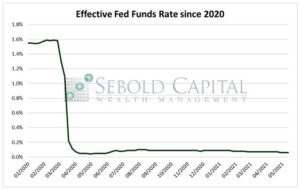 Last Wednesday, the minutes of the last Federal Open Market Committee (FOMC) were released, and for the first time in over a year, the Federal Reserve appears to be somewhat open to considering a policy change. Back in March of 2020, when the Covid-induced panic was at its peak, the FOMC slashed interest rate to essentially zero, setting a Fed Funds target of 0.0% to 0.25%. The record-low interest rates were intended to lessen the impact of the unprecedented circumstances on the economy. To accomplish such a suppression of interest rates, the FOMC was forced to ramp up its asset program to previously unseen levels. Since the start of the pandemic, the size of the Fed’s balance sheet has nearly doubled.

For months, the Fed has refused to reconsider its policy of keeping rates at 0%, even as the economy showed significant signs of recovery and fears of inflation began to brew. The Fed consistently downplayed inflation fears, at first claiming there were no signs of inflation and later, as those signs began to appear, claiming they were merely transitory. In the meantime, year-over-year consumer inflation rose to 4.2% and producer inflation surged by 6.2%, casting doubt on the “it’s all transitory” narrative.

In its latest meeting, the FOMC finally acknowledged that the economy was showing signs of improvement (but not enough to raise interest rates just yet, according to them), although the committee continued to insist that the rising prices are not at all related to the literal trillions of dollars that have been pumped into the economy. Although the committee still expects to keep rates at 0% until 2023, some of its members are beginning to question how long this can actually be maintained. Four members of the committee expect interest rate to raise in 2022, compared to zero just a few months ago. However, we are still a long way from seeing any action take place, meaning that the effect on prices of the Fed’s excessively dovish policy will continue to be felt by consumers and producers alike for the foreseeable future. 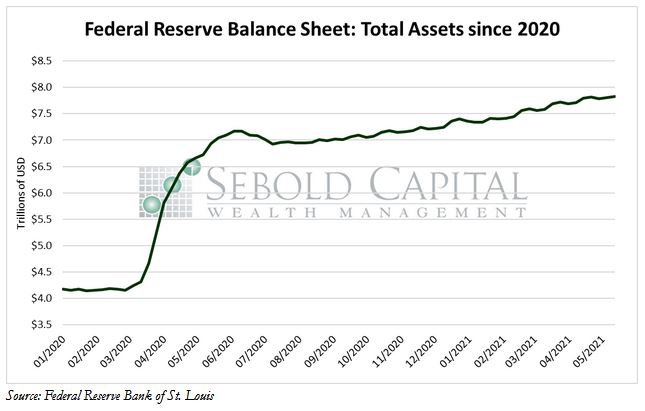