Here is a clear illustration of why price manipulation hurts the economy: The state of California has steadily increased employment in the hotel and accommodation industries since 2010. This rise in employment has been seen in LA pretty much on par with the rest of the state. Moving up together from 2010 to 2014. But since July 1, 2014, there has been a sharp and drastic divergence in the employment of hotel staff- with the only variable being geographic. At that point, the Los Angeles government raised the minimum wage to $15.37 an hour. The rest of California has not seen any divergence from the average growth, 4.5% annually, seen in the last few years in the time that Los Angeles has eliminated all workforce accumulation since 2012. 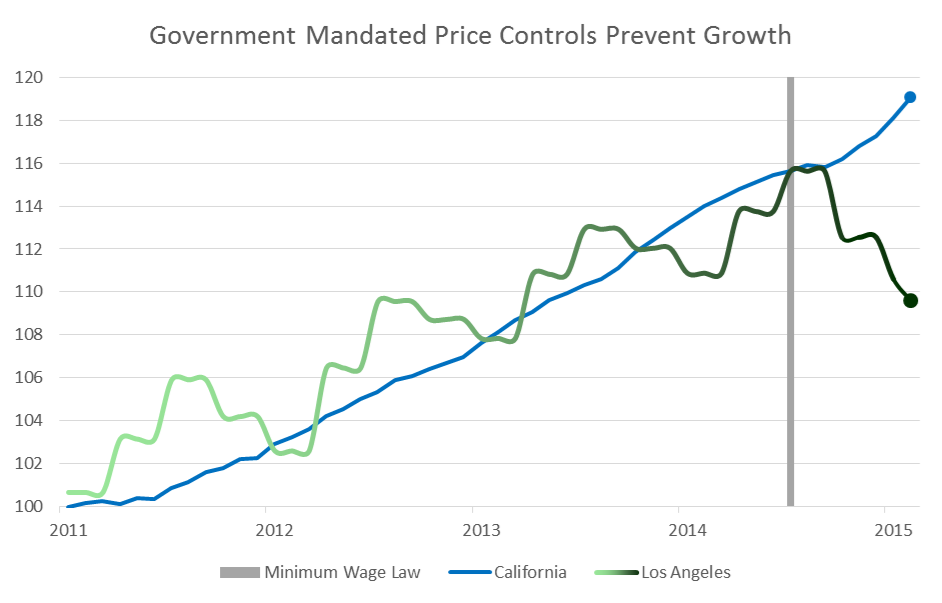