The total number of banking companies in the United States has significantly decreased in the past couple decades. At the same time, regulations on the industry have increased and legislations have become more complex. The compound effect has not been a broad drop across the sector, but rather a distinct decrease in small or single-office banks. As the government and regulatory agencies continue to impose specific standards and complex legal issues that must be adhered to, only the largest banks are capable of affording the means of which to comply. With all the concerns about banks that are ‘Too Big To Fail’, the process of keeping them in compliance has done less to keep their influence in check than it has to force out ‘Too Small to Succeed’ companies. 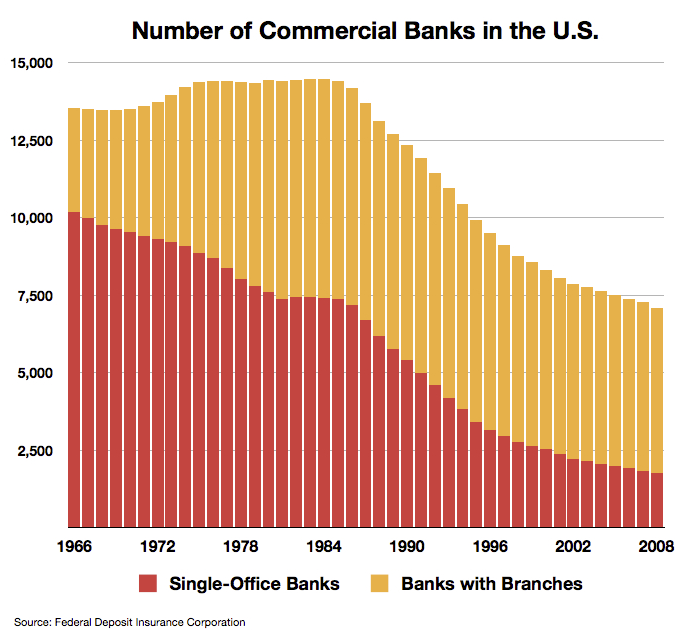