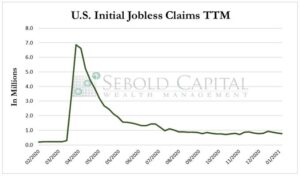 Last week, initial claims rose by 1.5% to a total of 861,000. The figure reported was over 100,000 claims higher than most estimates. However, the number of continued unemployment insurance claims declined by 1.4% to 4.5 million, continuing its five-week-long downward trend. The number of initial and continued claims remain considerably above their respective long-run averages of 372,000 and 2.8 million.

Initial claims rose for the second week in a row and reached their highest level in a month, signaling that the recovery of the labor market may be losing some momentum. Even though unemployment insurance claims have fallen from their April and May highs, they remain stubbornly high. While many pandemic-related restrictions have been eased, a number of them are still in place and may be posing a barrier to recovery. Furthermore, the additional unemployment benefits provided by the Federal government, which are likely to be extended once again, could be acting as a disincentive for many individuals to return to work. However, unemployment insurance claims (along with other labor market indicators) will likely return to more normal levels as vaccinations increase and restrictions continue to be rolled back over the next few months. 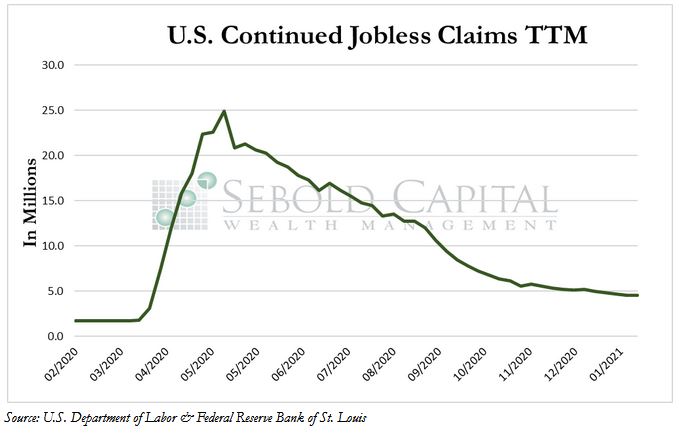