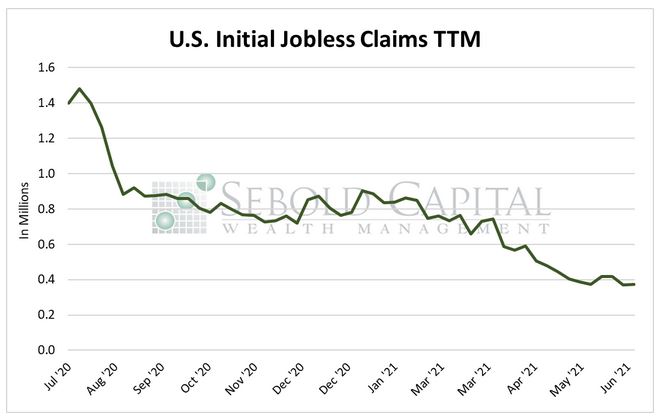 Despite the slight uptick, initial jobless claims have declined by 52.2% year-to-date as restrictions placed on businesses have gradually been lifted. The figure is known for being rather volatile, so there is a possibility of the number being revised in either direction. Continued claims declined to a new pandemic low, which could reflect more individuals going back to work and falling off the benefits rolls now that several states have chosen to end the enhanced unemployment benefits. Continued claims should continue to edge down as more states opt out of the program and as it expires at a nationwide level in September.