Initial jobless claims were lower than expected last week, and currently sit at their lowest level since November, when new pandemic-related restrictions started being imposed again. As these restrictions have gradually been lifted, unemployment indicators have showed signs of improvement. This has been most noticeable in states that have recently loosened restrictions—such as Illinois, where claims declined by 55,000 last week. Claims are likely to remain elevated for as long as restrictions are still in place and the government continues to provide additional unemployment benefits, which can act as a disincentive for some individuals to return to work. 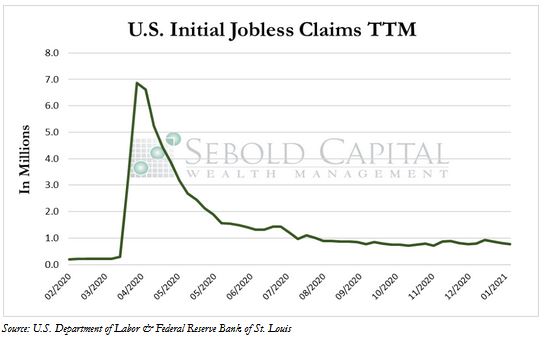