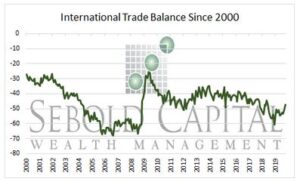 The US trade balance has continued to fall over the past couple of years despite the trade war due to companies diversifying their array of global suppliers. The majority of the US’s trade deficit comes from consumer products and cars, many of which are produced in countries in Asia. On the other hand, the U.S. had net positive exports of petroleum in the last two months, which helped reduce imports this month. This, along with nearly full employment, makes a case for the U.S.’s economic stability in the near future. 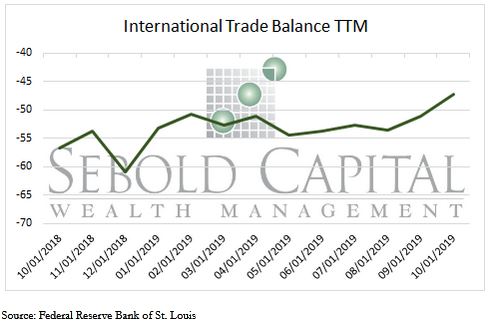