Imagine having an investment portfolio in which you contribute $500 every month, like it is taken straight from your paycheck. Now, throughout the course of the year, this portfolio grows 450% to a total value of $33,400. That’s something to brag about! These are the numbers from the bottom 20% of tax filer’s net income tax rate. On average, the bottom 20% had $6,000 withheld from their checks in 2013, but the government paid dividends in the form of food stamps, health care, and unemployment of over $33,000- doubling the bottom quintile’s total income. On the opposite end of the spectrum, the top 20% of income earners were taxed over $122,000, while only receiving around $30,000 in benefits- mostly in the form of tax deductions and credits- a loss of 71% on their ‘investment’. The United States Government is one of the top investments you can make, but only if you can’t afford it. 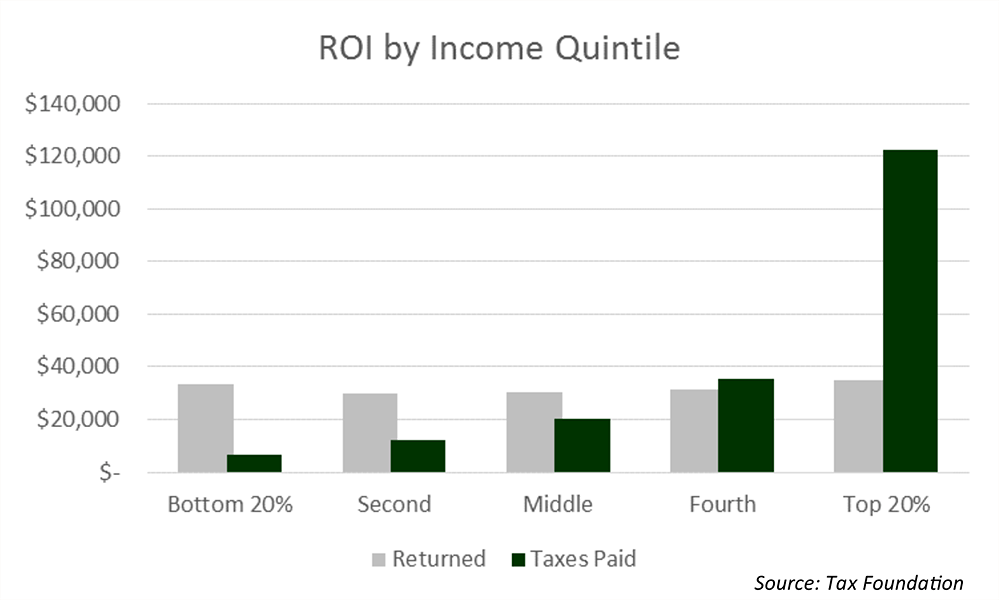