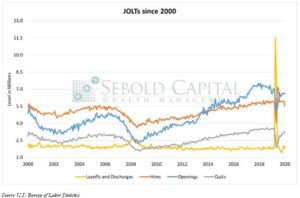 The JOLTs report is the Job Openings and Labor Turnover Survey, which tracks several trends in evaluating the labor market. Through JOLTs, we can see voluntary and involuntary separations from employment in addition to new job openings and hires that have taken place.

December’s JOLTs report showed that the recovery of the labor market continues to slow down. While vacancies saw a small increase in December, hiring largely stalled. However, the number of separations decreased, which is a positive sign for the economy. The number of layoffs and discharges decreased substantially after spiking in November. As COVID-19 cases surged, several state and local governments imposed tougher restrictions on businesses, forcing many of them to lay off their workers. The number of people voluntarily leaving their job, referred to as Quits in the survey, increased in December. This measure is generally considered to be a positive indicator as people are more likely to willingly leave their job if they believe economic conditions will improve. The labor market still has a long way to go before it’s made a full recovery. New hires over the last twelve months totaled 70.2 million, while total separations were 75.7 million. This yields a net loss of 5.4 million jobs for 2020, highlighting the effect that the pandemic and lockdown orders have had on the economy. 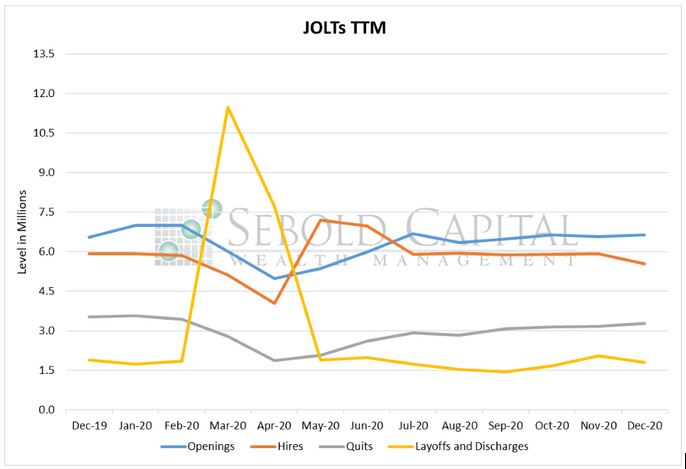