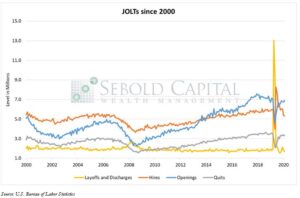 January’s JOLTs report showed little change to the overall condition of the labor market. While layoffs saw a somewhat substantial decline, firms slowed down their hiring during the month. The number of people leaving their job voluntarily, referred to as “Quits” in the survey, decreased. Workers normally hold on to their jobs during times of economic hardship, so if people are willingly leaving their jobs, it can be interpreted as a sign that they have confidence in the economy. Therefore, since the figure decreased in January, it can be inferred that less workers believed that the economic outlook would improve at that time. The labor market continues to show signs of recovery, but it still has a long way to go. Job openings increased in January, meaning that hiring has also likely increased since then. The labor market tightened slightly over the same period, with the corresponding increasing from 0.63 to 0.68—meaning that for every unemployed individual, there are 0.68 vacancies to be filled. By comparison, the vacancies to unemployment ratio was 1.23 right before the pandemic. The measure is obviously not perfect and cannot fully capture the state of the labor market, but it provides some insight on where the labor market is headed. As more people are vaccinated and more restrictions are rolled back, the labor market will likely continue to improve—a condition that is essential for the economy to fully recover. 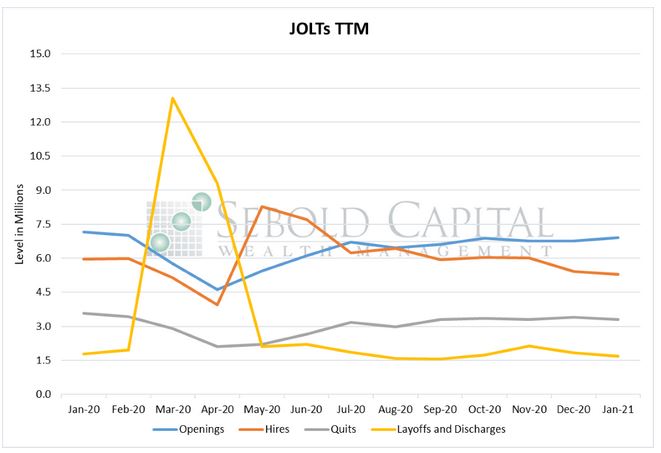