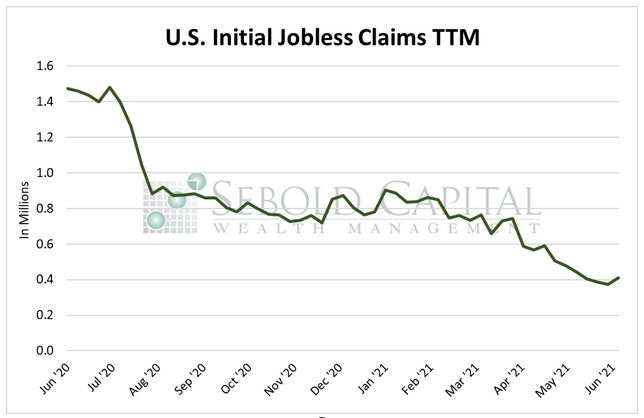 Initial claims rose once again last week right after reaching a new pandemic low the prior week. The figure managed to beat market estimates by a considerable margin, with most predictions hovering around 360,000. The uptick in unemployment insurance claims comes at an interesting time, as several sates have ended the additional UI benefits that at least partly responsible for the ongoing labor shortage. While the full effect of ending the additional benefits may not be felt immediately on the labor market, states that have recently enacted this measure saw claims decline last week. Alaska, Mississippi, and Missouri—all of which have opted out of enhanced benefits—saw a drop in claims last week. By contrast, California, Kentucky, and Pennsylvania—which will continue to offer the $300 a week until they expire in September—led the recent increase in claims.

The additional UI benefits may admittedly not be only factor contributing to the current slack in the labor market. However, essentially paying people not to work has undoubtedly had a significant impact on the rate at which people return to work. Job openings recently rose to a record-high, indicating a strong demand for labor, while hiring has remained relatively flat—usually falling below market estimates. There is likely a large number of people who are choosing to not go back to work, as the government benefits make it more profitable for many of them to be unemployed. Until the benefits expire, unemployment is likely to remain elevated at a nationwide level, and more so in states that continue to be a part of the program. 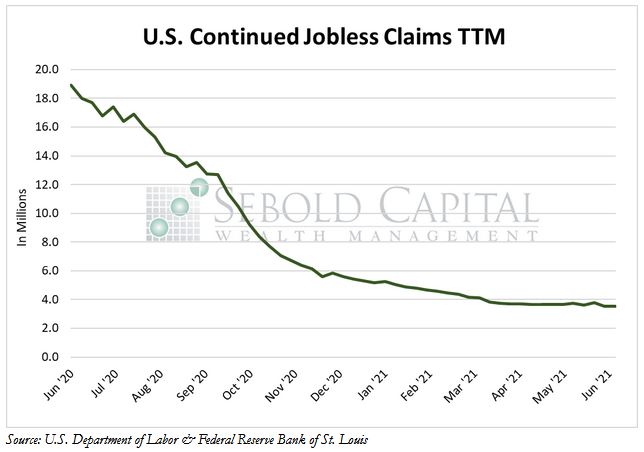