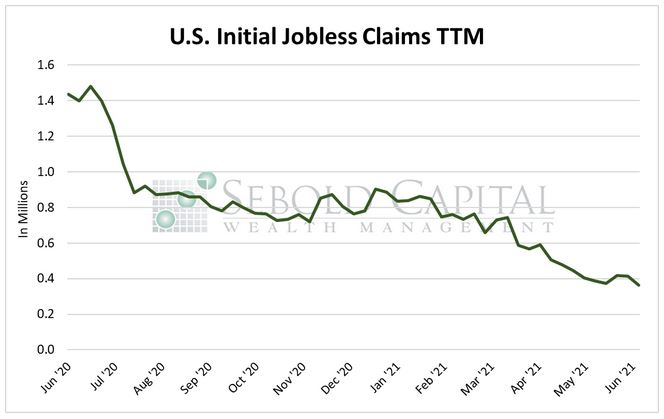 Last week, initial claims declined by 12.3% to a fresh pandemic-low of 364,000. However, continued claims rose by 1.64% from a pandemic-low of 3.41 million to 3.46 million. For the first time since March of 2020, the number of initial claims dipped below the long-run average of 372,000, while the number of continued claims remains above its average of 2.81 million.

Initial claims dropped below 400,000 once again after briefly rising above that benchmark earlier this month. Jobless claims continue to approach pre-pandemic levels as layoffs subside and businesses try to hold on to their workers. However, continued claims rose again, pointing to a widening gap between the number of people being laid off and the number of people who are remaining unemployed. Given that job openings are at a record high, continued claims should theoretically be declining at a much faster rate. Yet, people are not going back to work, mainly because the additional unemployment benefits have made it more profitable for many individuals to be unemployed than to be working.

Businesses continue to report difficulties finding and retaining workers, although some states have decided to opt out of the additional unemployment benefits before their expiration in September in order to combat the labor shortages. So far, it appears to be working, with the Wall Street Journal reporting that unemployment is decreasing at a faster rate in the states that no longer provide the additional $300 per week. The number of claims will continue to normalize over time, and more people will likely begin to re-enter the labor market once the additional benefits expire in a few months. 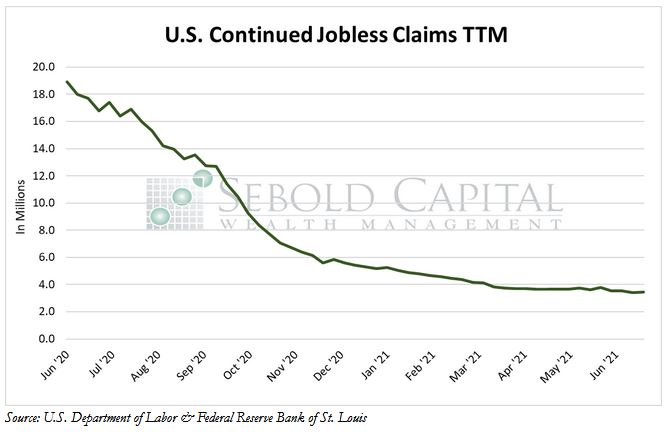