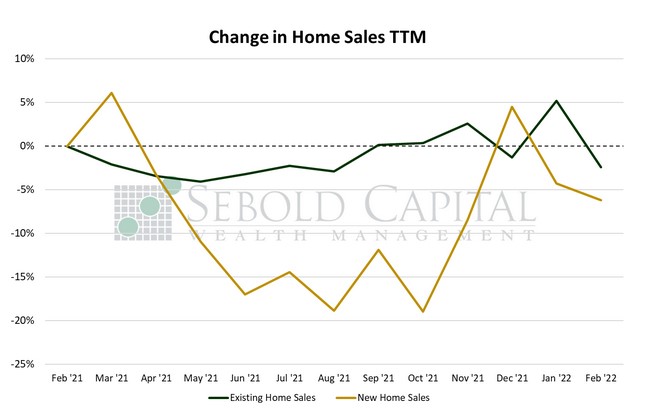 In February, sales of newly built homes fell by 2.03% to a total of 772,000 after declining by 8.37% in January. Meanwhile, sales of existing homes retreated 7.24% to a total of 6.02 million. Likewise, pending home sales posted their fourth monthly decline, with the corresponding index falling by 4.11%. However, housing inventory increased after six consecutive months of decline, rising 2.35% to 870,000—that said, the figure is 15.53% below its level from one year ago. Prices for existing homes remained relatively flat, only increasing by 0.60% to a median of $370,700. Prices for new homes, however, saw a significant drop last month, falling by 6.3% to a median of $400,600.

An important factor behind those price dynamics are mortgage rates, which rose in February. The 30-year fixed rate rose to 3.9% as of the last week of the month (although they have risen since then and are currently at 4.4%), while the 15-year fixed rose to 3.1%. Both rates hit their highest level since 2019, driving home prices lower as many potential homeowners are discouraged by the prospect of a higher monthly payment. A lot of the action in the housing market over the last two or so years has been the result of low mortgage rates. Low rates essentially reshaped the perception of what is a reasonable price to pay for a house and drove housing demand. However, as mortgage rates rise, justifying those high prices will become rather difficult and the housing market will slow down. Not only will it be more difficult to afford a home, but hardly anyone who managed to lock in a low rate will be looking to move—resulting in fewer transactions and less housing inventory.

Low inventory—last month, there were only enough existing homes for sale for a 1.7-month supply, compared to 3.1 months two years ago—should continue to provide a favorable outlook for home builders. Housing starts increasing by 6.76% in February, and they surged by 22.25% on a year-over-year basis. However, building permits declined by 1.6% last month; dampened demand for housing and rising costs are likely to slow down construction activity going forward. 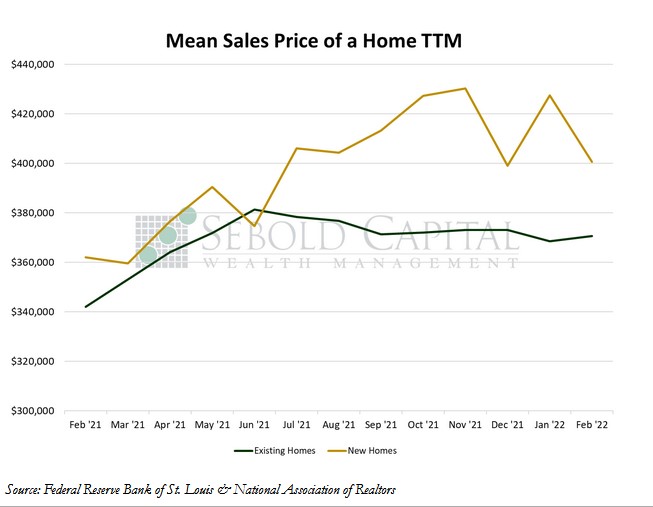 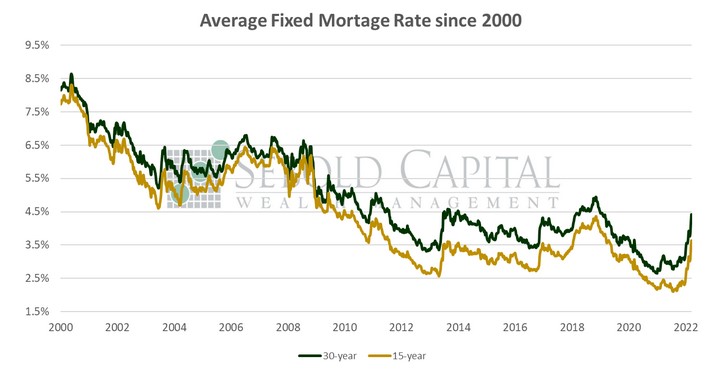