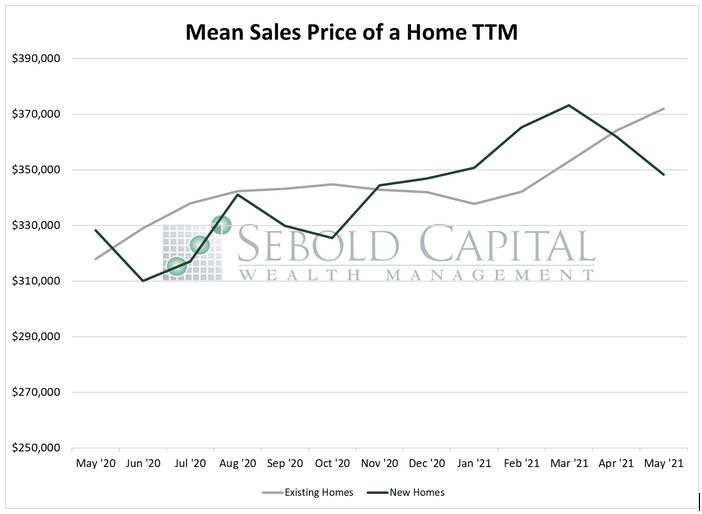 In May, sales of newly built homes declined by 5.88% to 769,000, while sales of existing homes fell by 0.85% to 5.8 million. Housing inventory increased for the third consecutive month, growing by 6.96% to 1.2 million. However, pending home sales rose by 8.0% to an index level of 114.7, indicating that demand for housing continues to increase, even as prices keep rising. The mean sales price for a new home rose by 2.5% to $374,400, while the mean price of an existing home advanced 2.1% to $371,900. Prices for new and existing homes have soared by 18.1% and 17.0% respectively, fueled largely by record-low interest rates, shifting consumer preferences, and a surplus of money in the economy. Mortgage rates remain incredibly low, with the 30-year rate sitting at 3.0% and the 15-year rate hovering around 2.3% for the last week of May.

New home sales showed rather mixed results on a regional basis.. New home sales increased by 33.3% in the Northeast and 6.7% in the West, remained unchanged in the Midwest, and fell by 14.5% in the South. Existing home sales had a more consistent month when broken down by region, with three out of the four main census regions reporting a decline. Existing home sales fell by 1.6% in the Northeast, by 4.6% in the West, and by 0.4% in the South, while increasing by 1.7% in the Midwest.

Existing home sales declined last month as rising prices and insufficient supply continue to pose a challenge for potential homebuyers. Home prices have climbed by double digits since last year, negating some of the impact of the record-low interest rates on the housing market. However, some positive signs for the housing market are beginning to emerge. The supply of existing home for sales has improved and the costs of building materials have started to moderate, although any sort of equilibrium in the housing market is still improbable in the near term. 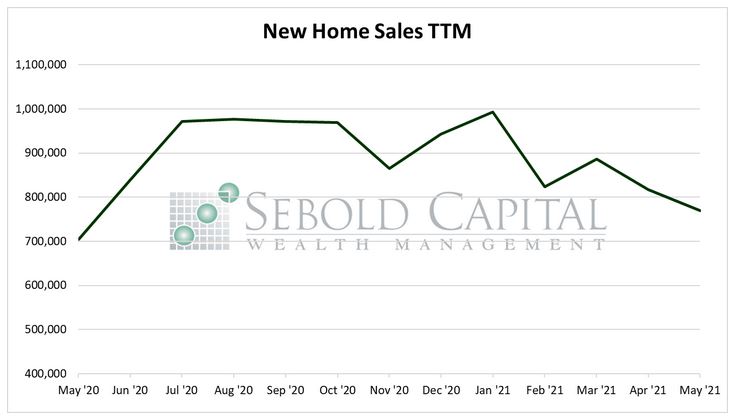 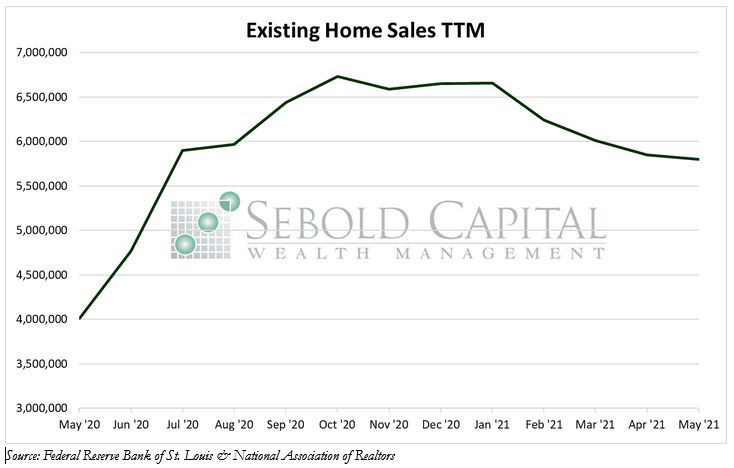