Some things need to be put into perspective. The Super Bowl is small potatoes compared to other sporting events outside the United States. Super Bowl Sunday is an entire day dedicated to drinking, eating, and yelling at terrible play calls. There have been petitions to make the following Monday a national holiday (read: recovery day). It’s sports’ greatest day… according to America.

Last summer’s World Cup Final between Germany and Argentina had nearly a billion viewers. Meanwhile, the United States’ version of a ‘football’ championship reached just over 100 million. A third of the population in America watched the Patriots beat the Seahawks this year- 48% of people with a TV. 89% of German televisions were tuned in to the World Cup Final. We make a big deal about the Super Bowl, but on a global scale, it pales in comparison to soccer, and even cricket. 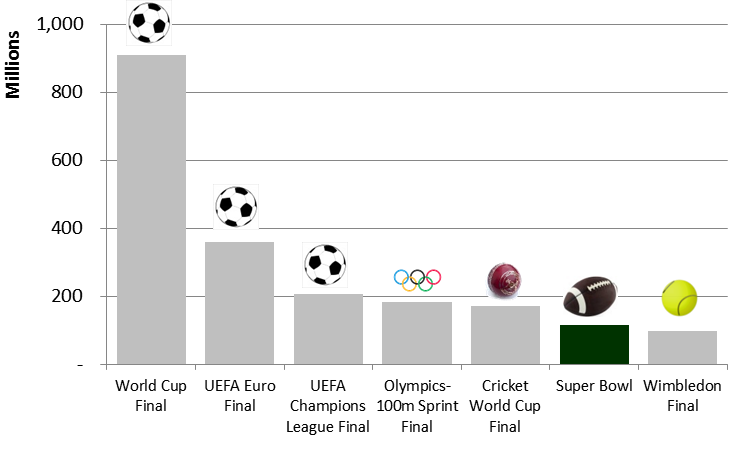