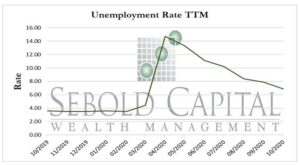 Non-farm payrolls give an overview of the overall employment outlook of the US economy. The figure does not include those employed in agriculture because of the seasonal nature of their work. This report obtains these numbers from 142,000 businesses and government agencies to track the new jobs added in non-farming sectors of the economy.

Throughout October, total non-farm payroll employment increased by 638,000, which caused the unemployment rate to fall by a full percentage point to 6.9%. Even though the economy added about 5% less jobs than it did the previous month (672,000 were added in September), it still managed to beat the expected 600,000 for this month. This also marks the second month in a row that the unemployment rate remains below 8%, which is a sign that the economy is moving in the right direction.

These positive job numbers come as a welcome surprise at time when new daily Covid-19 cases are on the rise. Most economists had expected that the labor market—and the economy as a whole—would fare worse under these circumstances. However, the labor market showed the opposite, keeping momentum on the upswing. The labor force participation rate increased to 61.7%, meaning that people are coming back to the economy. This creates a positive feedback loop—as more workers get hired, their consumption will increase. This rise in consumer demand will, as a result, drive up labor demand from the firm’s side, which will result in even more hires. However, this process will likely slow down and become more gradual in the next few months, especially if lock down orders start being issued again at the local level as an attempt to contain the surge of new cases. Overall, this month’s Employment Situation Report serves as an indication that the economic recovery is still underway and that we may continue to see surprises on the upside. 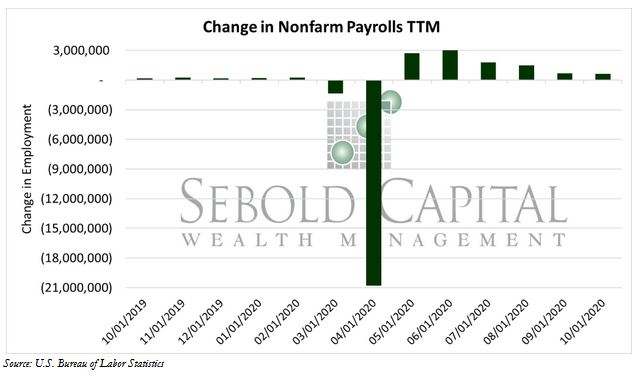