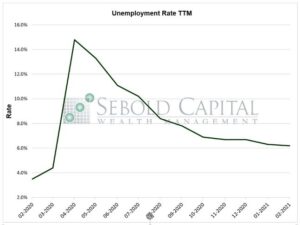 Employment surged in February as pandemic-related restrictions continued to be rolled back and overall economic conditions improved. January’s employment report was also revised upward, from 49,000 to 166,000 jobs created. Earlier this week, the ADP Nonfarm Payrolls had reported a smaller gain of 119,700 jobs. Most of February’s job gains occurred the leisure and hospitality industry, which is starting to be allowed to operate with some normalcy. The retail, manufacturing, and healthcare industries also added jobs last month. However, these gains were offset by job losses in the education, construction, and mining industries. January’s boost in consumer spending—fueled by a second round of stimulus checks—likely helped create some of the jobs added in February. With a third round of fiscal stimulus on its way, employment is likely to continue to rise in next few months as consumers spend that money. Likewise, the labor market will continue to improve as more states follow in the footsteps of Texas and Mississippi and scrap restrictions altogether, allowing businesses to operate at full capacity. 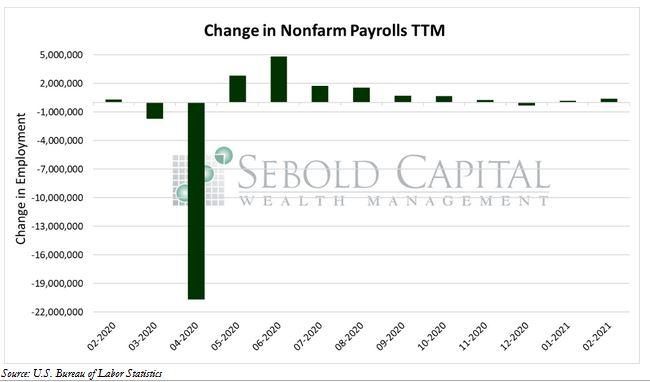