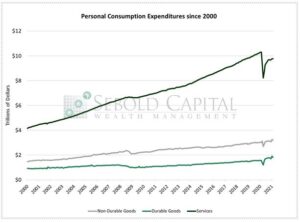 Both personal spending and income declined last month after the initial impact of the second round of stimulus checks wore off. Consumer spending had surged in January as the Federal Government distributed $600 checks to many individuals. After that additional money was spent, consumers returned to a more normal level of spending. Likewise, the severe winter weather that many parts of the country experienced in February likely kept some consumers from going out and spending, leading to a decline. However, now that a third round of stimulus checks—this time for $1,400—is being distributed, consumption will likely surge in the near term once again. Similar spikes in consumption were observed shortly after the first two rounds of checks went out, so it is relatively safe to assume that they will have a similar effect this time around. 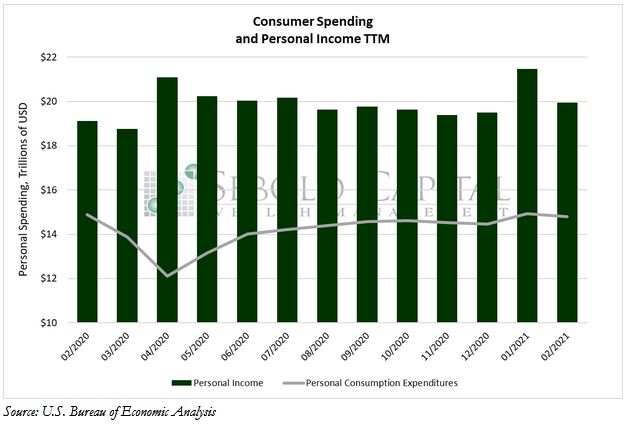