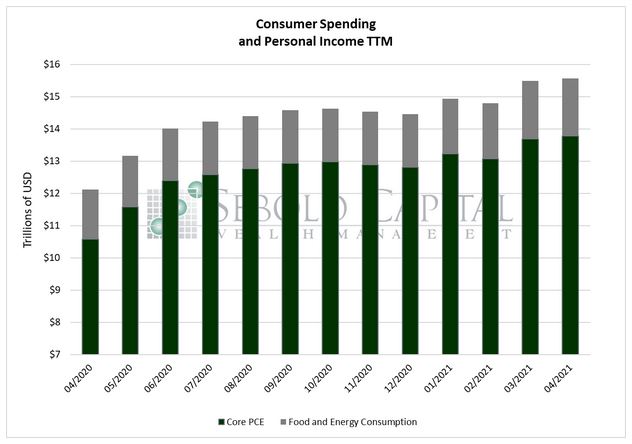 Personal spending remained nearly unchanged last month, but personal income declined as the effects of the third round of stimulus checks largely wore off. Consumption now seems to be shifting from goods and towards services, as these are now able to operate close to full capacity. Prices continued to rise in April as inflationary pressure continues to build within the economy. Headline PCE inflation surged to 3.6% from 2.4%, while Core PCE inflation rose to 3.1% from 1.9%. This was the largest YoY rise in PCE inflation since mid-2008, and the single largest increase in Core PCE inflation since 1992. The latter serves as the Fed’s preferred inflation gauge, and even though it now sits firmly above its 2% target, there is still no indication of a hike in interest rates or a taper to the asset-purchasing program in the near future. Since there are essentially no measures keeping prices in check, and consumers are itching to spend the current surplus of money (the personal savings rate declined from 27.7% to 14.9% last month), prices will likely continue to rise  and the ongoing shortages will probably worsen in the near term—at least until a change in policy is enacted. 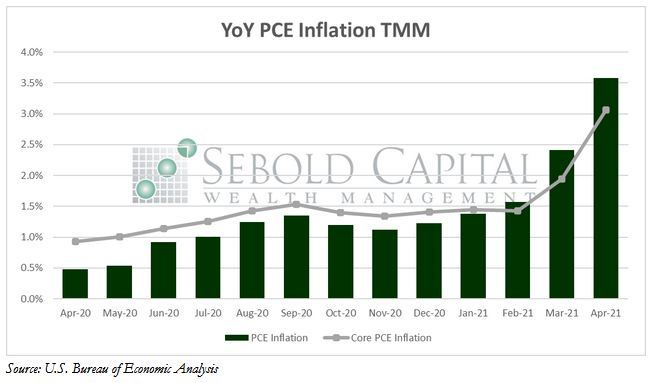