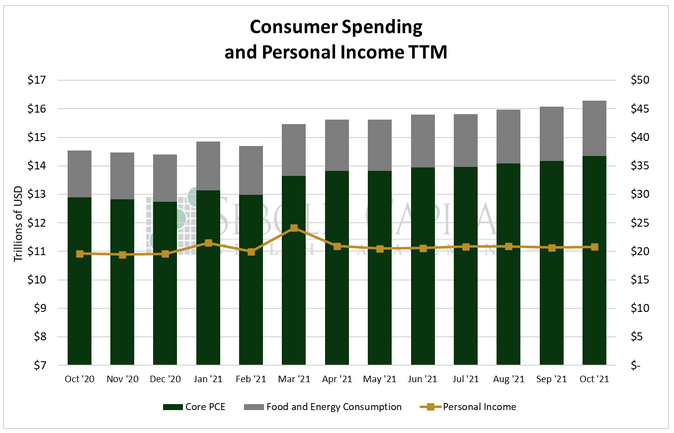 Consumer spending continued to increase last month, as consumers benefit from a tight labor market that has led to strong nominal wage gains. However, spending is up partly because consumers are facing higher prices for goods and services. Prices rose by 0.6% last month and have surged by 5.0% on a year-over-year basis. That is the largest increase in PCE prices in over 30 years. Even after excluding food and energy, prices rose 0.4% on a monthly basis and are 4.1% higher than they were last year. Annualized, PCE inflation is on track to hit 5.5% for 2021, while core inflation would reach 4.5%. The latter serves as the Federal Reserve’s preferred measure of inflation, and it is already more than double its target of 2%.

While the Fed has already begun the process of tapering its gargantuan asset purchase program, that is unlikely to make much of dent on the inflationary pressures seen throughout the economy. The Fed has not stopped buying assets, they are merely buying them at a slightly slower rate. That is the equivalent of trying to put out a fire by throwing slightly less gasoline at it. Several measures of inflation are pointing to broader price pressures, meaning that we are likely to substantial price increases well into next year. 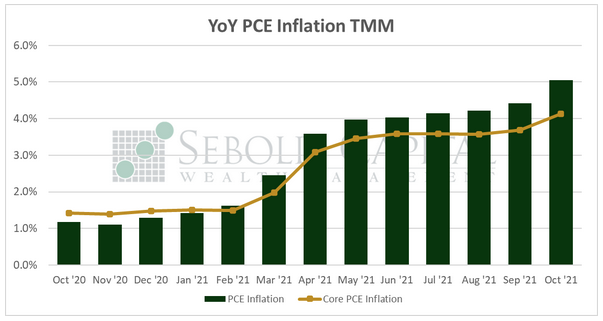 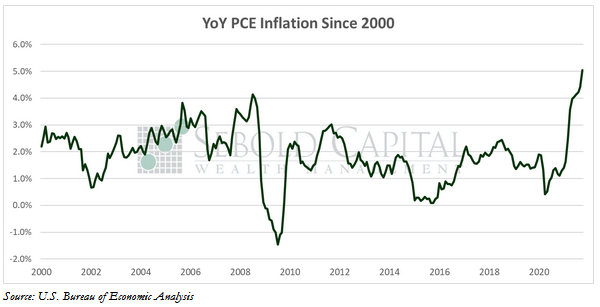