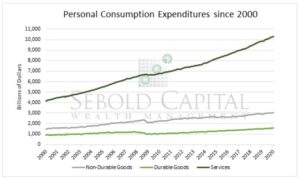 Personal income (PI) rose by 4% from January of 2019 to 2020, but Personal Consumption Expenditures (PCE) have also increased by 4.5% over the past twelve months. January 2020 has a lower percentage growth of 0.20% from the previous month’s revised 0.37% in December of 2019.  The amount of Personal Consumption Expenditures spent on services continues to drive higher as the service component has increased by 147% since 2000, while durable and non-durable have only increased by 71% and 106%. It should be noted, however, that although there has been a growth of 147% in the service category, it does not necessarily mean more services are being consumed, but more accurately, that the price of services is increasing in proportion to the amount that is consumed.

The discrepancy in monthly change between PI and PCE could have to do with the continual increasing costs of various CPI components such as health care and education, which have each had an average monthly increase of 0.5% and 0.3% over the past six months. PI has grown 4% while PCE has grown 4.5% if this trend continues, eventually, consumption will exceed income. We should see this show up in consumer debt figures. 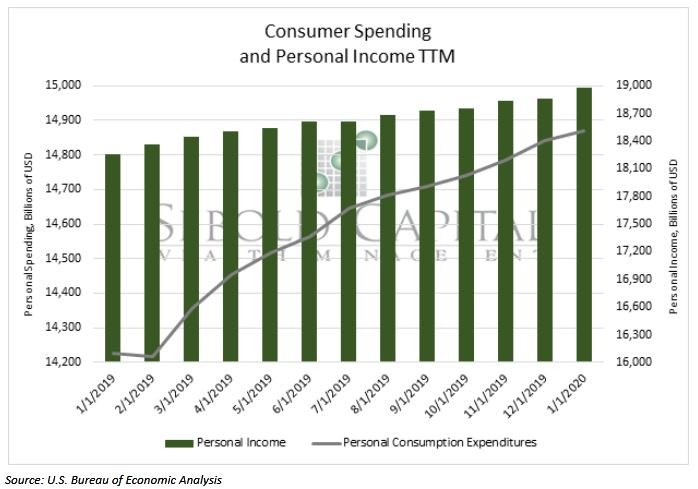