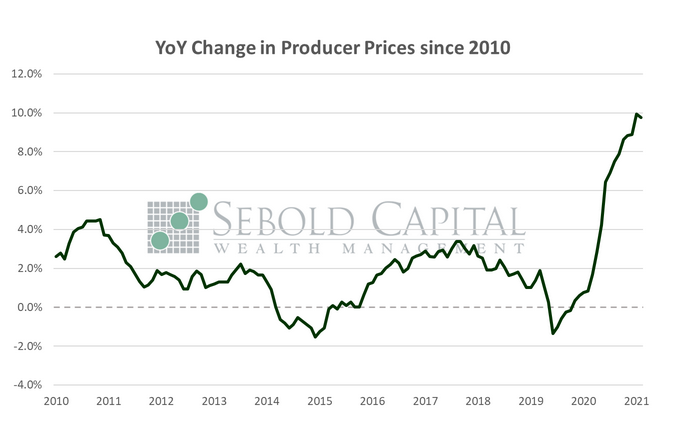 In December, the PPI rose by 0.2% to a level of 131.5, coming in below market expectations of 0.4% for a change. Core PPI, which excludes prices for food and energy and is therefore normally considered to be less volatile, rose by 0.5% to an index level of 129.8, right in line with market expectations. Year-over-year producer inflation declined to 9.8% from an upwardly revised 9.9% rate in November, while core inflation rose to 8.3% from an also-upwardly revised 8.0% rate.

Prices paid by producers seemingly increased at a slightly slower pace last month, posting their smallest gain in 13 months. However, the month-over-month increase for November was revised from 0.8% to a full 1.0%, meaning that the actual gain in prices for December was a lot closer to the market estimate. Core prices were also revised up, from 0.7% to 0.9%. Nevertheless, producer prices surged 9.35% in 2021 while core prices soared by 8.0%, the largest increase for either series since records began in 2010. While we seem to have narrowly avoided a double-digit gain in wholesale prices, there is always a chance that December’s number might be upwardly revised.

Much of the apparent relief in consumer prices last month was the result of lower energy prices, which declined by 3.3%. However, given that energy prices have risen since then, that relief may prove to be short-lived. There was also a slight decline in food prices, which along with energy costs help explain the lower headline number in December. However, persistent increases in so-called core prices show that inflationary pressures are still very much present int the economy. Some of those price pressures appear to be shifting from goods and towards services, another sign of persistent inflation. Given that producer prices generally reflect supply-side conditions in the economy, their unparalleled rise in 2021 suggests that disturbingly high consumer inflation will persist throughout this year as firms are left with little choice but to pass on their higher costs to their customers. 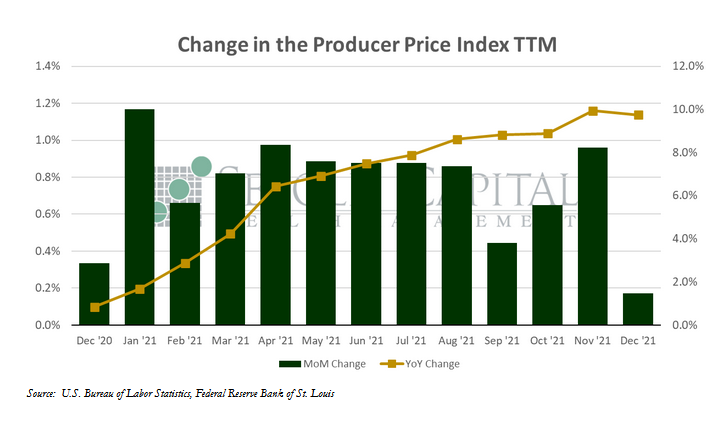