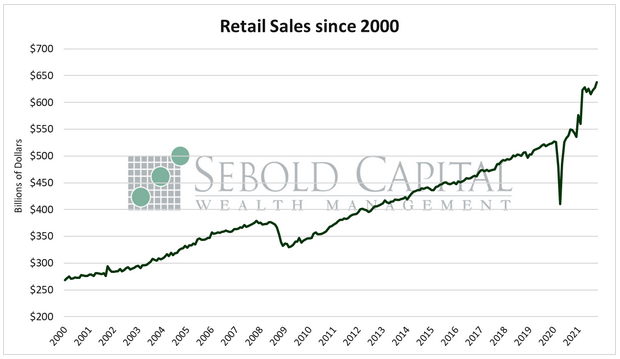 In October, retail sales rose by 1.7% to $638.2 billion, beating market expectations of a 1.4% increase. Two out of the four broad categories that make up the report advanced last month, with sales at electronics and appliance stores posting a strong gain of 3.8% and sales at sporting goods and hobby stores rising by 1.5%. Spending at food services and drinking places remained unchanged at $72.4 billion. The only broad category to post a decline was clothing and apparel, falling by 0.7% for the month.

Consumer spending rose last month; however, it is unclear whether that was due to consumers buying more or simply paying a higher price for those items. Retail sales are not adjusted for inflation, so any increase must be taken with a grain of salt in an inflationary environment. That said, spending on so-called core retail sales—which exclude spending on building materials, food services, building materials, gasoline, and autos—advanced by 1.6%, suggesting that consumers increased their discretionary spending while also facing higher prices for necessary goods. Consumers seem to have plenty of cash sitting around—although they are also taking on an increasing amount of debt, consumer debt reached a record high of $15.24 trillion in Q3—so holiday sales are likely to be robust for November and December, which will be reflected on the next two retail sales reports. 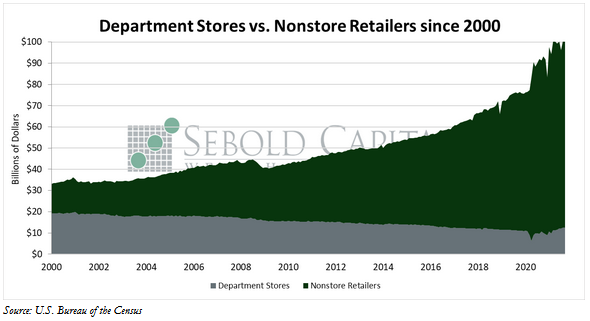